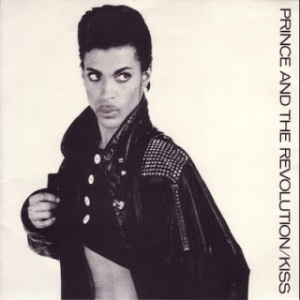 Prince Rogers Nelson gives Mrs Villain the creeps. So much so that she cannot bring herself to objectively give his music a fair hearing. There’s just something about him that she finds oily and repulsive.

She’s always felt that way. When I first met her at the end of the 80s, there was a lot of talk about music and shared tastes. She was very surprised that alongside my love for all things jingly-jangly guitars I would rave about some of the singles that Prince had released. We agreed to differ.

He’s not someone whose material has featured much on TVV but that in the main is down to the fact that the DMCA police are usually very quick off the mark when someone posts something by him. I expect this to be no different.

Picked up this classic single on vinyl for £1 the other week. If I had bought it back in 1986, instead of wasting money on the very patchy and underwhelming Parade LP, it would have certainly have found a high position on the 45 45s at 45 series all those years ago.

One of the most memorable and finest bits of pop music ever recorded. Hasn’t dated a single bit after all these years. Just a pity that there have so many bloody awful cover versions.

(Originally posted over at the old place in February 2013)