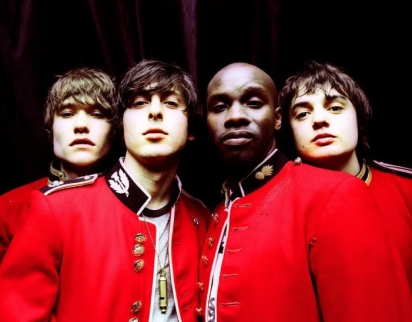 See yesterday for the background. This was ICA 100 on 25 November 2016, written by a much-missed friend.

This the second half of the journey back from Cambridgeshire – the sister bit to SWC’s one about the Jesus and Mary Chain (oh and I agree – where was ‘Upside Down’). Its been delayed a bit because events overtook us. I did start it – I’d chosen the tracks and had actually written the majority of it but then my bollocks swelled up and I kind of forgot about everything, which I think you can forgive. Everything from the words ‘The Journey…’ was written about eight weeks ago, it sat unloved on my computer at home. I only found it this morning and added this paragraph.

The journey back was thankfully uneventful, apart from the service station incident.

We stopped off at a Service Station on the M42, I think it was called Hopwood Park, it was very good. We are sitting in the café and SWC is warbling on at me about the football, he moaning that his team have lost again, but I am distracted.

Sitting opposite me, with a lady who has her back to me, is Keith Chegwin. Cheggers Plays Pop, tackle out for a Channel Five Game Show, Keith Chegwin. He is drinking a large cup of coffee and has what looks like a Burger King Whopper and Supersized Fries in front of him. It’s definitely him. I’d recognised his squashed up, punched too often by Edmonds, face any day of the week. I haven’t been this excited about seeing a celebrity since the time that Martin Clunes stood behind me in Exeter’s Marks and Spencers and I’ve taken a piss next to Chris Kamara, so you can imagine how excited I am.

SWC stops and moans at me a bit more “Are you even listening to me, I said, that’s what we get for appointing ex Spurs players as a manager”.

I shake my head and mouth ‘Cheggers is behind you’.

I don’t want to draw attention to the fact, that its him. Literally no one else has approached him although, a women keeps looking at him and smiling – I mean why wouldn’t you – its Cheggers.

I text SWC. Yes, I know he is sitting opposite me, but I can’t just tell him, what if Cheggers hears me. “Keith Chegwin is sitting behind you and he has tomato sauce on his shirt” (he has, he has made the school boy error of trying to eat his burger in one go and the sauce has squirted out) I type. SWC’s phone buzzes and he looks at it – then looks at me, and then looks at the text again.

He texts back “Why didn’t you say so?” , he then does this little turny head thing and pretends that he is tying his shoelace before declaring “yup its definitely him, shall we go and say hello, I wish I’d bought my copy of Brown Sauce’s ‘I wanna be a winner’ with me. I could have doubled the price of it by getting it signed.”

“I bloody do, I got it on 7” for 50p at a boot fair in Axminster about four years ago – along with ‘Atmosphere’ by Russ Abbot, ‘Kings of the Wild Frontier’ by Adam Ant and ‘D.I.S.C.O’ by Ottawan but only because it had a French version on it. The I stands for ‘Incroyable’, total spend 80p”.

I look up, the women from across the seating is now having her photo taken with Chegwin. He gives her a peck on the cheek, much to her delight. A few more people, mainly sad older women in sports casuals are now starting to queue up to have their photo taken. Cheggers is loving it though, despite the fact that he has tomato ketchup on his face and shirt and his chips are getting cold. Come to think of it, he’s a bit of an idiot.

“The moment has gone” I say to SWC, who looks disappointed and we finished our drinks and get up to leave, not before I say, rather too loudly, “John Craven would have never had his photograph taken with tomato sauce on his face”. SWC nods in agreement before adding “and I always preferred Philbin”. I’m pretty sure that Cheggers heard us, because he has wiped the sauce of his face and is scowling slightly.

Back to the music, which what we are here for after all. The 11th song was by The Libertines. This feels me with joy, I already knew this when we saw Cheggers, it kind of was the precursor to a great day. A tremendous choice. When I told SWC told JC about our randomly picked choices, he said “It just goes to show, crap football equals excellent ICA’s”. Absolutely.

So – an ICA on the Libertines – here goes – I’ve tried to keep it singles light and I have completely ignored the third album on the grounds of being utter rubbish. I’ve kept the notes short because the tunes speak for themselves.

I’ll start at the very top I think. Easily the bands finest moment, and put simply one of the greatest indie guitar records of the last fifteen years or so. I would imagine that you all own this. I wanted to include it over at my place in the WYCRA 200 (sorry shameless plug that) but we’d already featured it before so had to leave it out – but had we it would have been Number 7 in that list.

Don’t Look Back Into The Sun – Single

The song that replaced ‘Can’t Stand Me Now’ in the WYCRA 200 and therefore the band’s second finest moment. The single that was supposed to be the ‘goodbye’ record from them. Again I’d be surprised if anyone reading this didn’t already own a copy. So let’s go down the slightly obscure route…

The Delaney – Taken from ‘I Get Along EP’

I saw Babyshambles live a few times and was once surprised to hear them playing this, but then again this has always been something of a fans favourite. The original version appears as the B Side to the second Libs single ‘Up the Bracket’. Easy to see why it’s a fans favourite though.

All At Sea – Taken from ‘What Became of the Likely Lads?’

This was originally supposed to have been on the debut album but was scrapped at the very last minute, and then surfaced as the B Side to the ‘…Likely lads?’ single. It also happens to be an outstanding little track.

Music When the Lights Go Out – Taken from ‘The Libertines’

Peter Doherty once played this track live on Newsnight and again is a tremendous little song. It is that is credited to Peter Doherty and Carl Barat and appears on the second album. The song deals with the problems of trying to end a relationship. It was one of the first songs (along with ‘Albion’ that Doherty wrote (and I cut ‘Albion’ to include it). It is also a song that apparently Pete and Carl physically fought over during the second album sessions because of the way that they wanted to record it.

Boys In the Band – taken from ‘Up the Bracket’

Apparently named after a 1970 film of the same name, which was one of the first films to openly address gay issues. This song however is about groupies and how they follow and worship bands. It is a song about attention and how easy it is to get it when you are a boy in a band. The line ‘And they all get them out for the boys in the band’ is apparently about red carpets. So they say.

Another firm fans favourite and again a track that was meant for an album but was cut at the last minute. The original version of this was called ‘Never Never (Hancock)’ and was something of a mythical release in which the band recorded the track and added a load of samples from the Hancock Half Hour TV Programme. The recording as far I know was never (never) released.

Death on the Stairs – taken from ‘Up the Bracket’

Carls favourite Libertines song and one that the band have admitted that they find very hard to play live. This is largely because the band could never seem to get it right. The song is about madness and Carl often refers to seeing himself sitting alone in a bedsit eating beans of toast and he called that feeling ‘Death on the Stairs’. Although Pete claims that they called it that because they got thrown out of a record company’s office and down the stairs. Personally I believe Pete.

What Became of the Likely Lads – Single

The bands eventual final single (before the reformation). The song is obviously about the breakdown of the band – you can hear that in the lyrics “What became of the dreams we had?” and “What became of forever?”. Its another brilliant sad, although one tinged with sadness and poignancy. Interestingly the video shows footage of two young boys (actors) on a council estate, which is implied to be Pete and Carl (but in reality can’t be them)

I Get Along – From ‘Up the Bracket’

The first Libertines song I ever heard. It was the second track on their debut single ‘What A Waster’. That song was written by Doherty about Doherty and the legend goes that ‘I Get Along’ was written by Barat about Barat. It was eventually released as a single on its own and famously Doherty forgot to turn up for the video shoot.

Thanks for reading…I’m off to stalk John Craven.

To add to the poignancy that Badger is no longer with us, is the fact that Keith Ghegwin has also since passed away since this was first published.  Hi death at the age of 60, in December 2017, was the result of a lung illness caused by him being a heavy smoker.