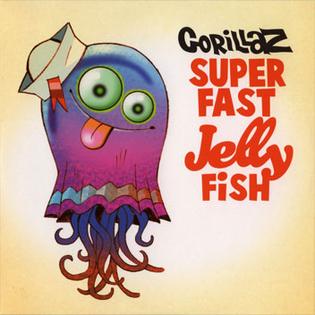 Lazy post time.  Got too much to be getting on with preparing for the Simply Thrilled event, taking place from 11pm-3am after The Cure, supported by Mogwai and The Twilight Sad, play an outdoor gig in Glasgow, their first in Scotland for 27 years!

Plastic Beach was the third studio album by Gorillaz, released back in 2010. It featured numerous guest appearances by a diverse range of artists. One of the best tracks featured vocal contributions from De La Soul and Gruff Rhys of Super Furry Animals.