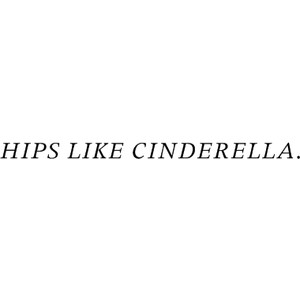 Mrs Villain and myself have some common tastes in music but far more differences that most would imagine.

Santa Claus brought her a digital radio with the intended use really being in the summer when she’s out in the garden or over at her allotment where she grows vegetables.

She has been road-testing it this past few days and mostly it has been tuned into Kerrang Radio. It’s not been as bad as I thought – there’s been a few half-decent bands appeared now and again but even then it’s been the better-know Hard Cafe establishment-types rather than any obscure indie-rock bands.

Mrs V has a penchant for what I call shouty-shouty music….the sort where either the vocalist’s very loud delivery is meant to signify his angst or anger. Not exactly my cup of tea….but as Mrs V has pointed out, I do have an an occasional shouty lyric that gets me dancing. Here’s the evidence:-

The second track on the outstanding 1989 LP Doolittle. Just about every fan of Pixies will have this in their all-time Top 10 songs by the band. Here’s a live version:-

It’s also a song that was given an unofficial remix a few years ago – one that I think is a bit on the cracking side:-

McSleazy is regraded by many as the best-ever in the mash-ups/bootleg genre which was incredibly popular around the turn of the century. His real name is Grant J Robson and he’s from the town of Paisley which is just down the road from my home city of Glasgow. I’ve taken this from his own site:-

McSleazy started in 1999 as an outlet for some electro tunes GrantJRobson had made. BBC Scotland had an amazing show called ‘Electronica’ which aired these experiments, and McSleazy was go. Shortly after inception, Electronic Arts commissioned 8 tracks from McSleazy for their racing game ‘Superbike 2000’. McSleazy, as a live band, played at many places including legendary club night Optimo, T in the Park and supporting Jimi Tenor.

As a DJ tool, McSleazy mixed up some tunes together “just to see the reactions on peoples faces”, and he was on the mash-up path. “The Best Bootlegs In The World Ever” featured McSleazy’s Song 2 v Don’t Call Me Baby bootleg in ’99, Radio 1 jumped on the bandwagon and the internet took care of the rest. A short while later, McSleazy founded Get Your Bootleg On (now GYBO5) which became – and remains – the online home of the mash-up.

MTV Mash followed, which featured dozens of McSleazy creations across it’s three series and led to DJing trips across Europe, and to Bootie in San Francisco. The Franzie Boys ep, featuring four Franz Ferdinand v Beastie Boys tracks, immediately sold out it’s initial run through HMV orders alone and received a thumbs up from both bands as well as a nod in Q magazine’s top tracks of the year.

DJing stints included becoming a ten year resident of the NME Stage at T in the Park and touring with The Charlatans and Embrace as support. Mixing duties continued with the Popjustice album 100% Solid Pop, and an official remix of The Charlatans ‘You Cross My Path’. McSleazy was given his own show on XFM and then went on to provide music for New Line Cinema’s Antonio Banderas film Take the Lead. Mashups continued to dominate the landscape, and McSleazy worked on Activision / Freestyle Games’ award winning DJ Hero, contributing music which formed part of the final product.

In 2010, Grant’s musical output stretched beyond McSleazy. The first pieces of work credited to GrantJRobson began to emerge, in a very different vein to the earlier electro work. Early pieces such as Wilbur’s Lullaby were warmly received, and had a more orchestal / soundtrack feel to them. This led to Grant being asked to provide the soundtrack to a promo film for fashion chain White Stuff.

After a trail through the hard drive, a seven track EP of instrumental McSleazy experiments called Pop Round My House was put online by McSleazy in April 2011. The intention was to air some unreleased material, and give bootleggers and pop-song writers something to play with. The future aims to consist of writing more under the GrantJRobson banner, but that doesn’t mean that McSleazy won’t, at some point, generate a little bit more music.

And that dear readers brought an end to the posts across 2012, a year in which I hadn’t been as prolific as before,  but as I said, I was happy enough to have kept things going especially as there were a couple of times I did feel like calling it a day, but that I was intending being here for a wee while yet….certainly up to and beyond the impending 50th birthday. (and I certainly will do all i can to gry beyond the now impending 56th birthday in six months time).

Happy New Year when it comes to your timezone.