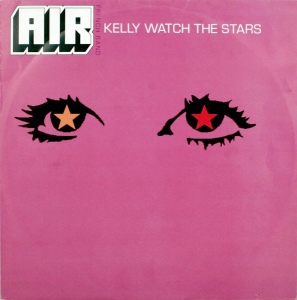 For some reason or other, but what I can’t quite explain. I’m in the mood and groove for a bit of electronica pop just now.  I hadn’t heard this is in ages when it popped up on random shuffle the other day and it damn near hypnotised me beyond my stop on the train journey.

It was the second single to be lifted from the hit album Moon Safari and it peaked at #18 in the UK charts in 1998 although I thought it had performed better than that and indeed that it was more recent than 17 years ago.

I like how on the sleeve, if you peer closely, you will see the words ‘French Band’ next to Air.  I do recall hearing it the first time on radio and thinking that it was a Chemical Brothers record.

Here’s yer other tracks on the CD single of which just the Beck remix of an earlier hit is really worth your time:-

One thought on “A CLOSE COUSIN TO YESTERDAY’S FEATURED SONGS”