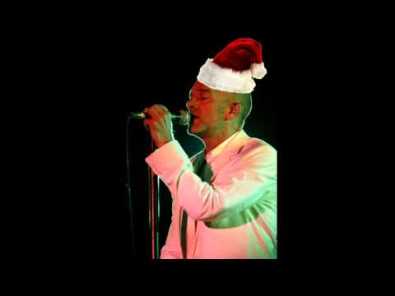 The posting from last Sunday should have given you all the backstory you need, but I should add that the singles usually came with a few other things in a special package.  For instance, the 1996 Fan Club Package included a 7″ single, a greetings card in an envelope, a 1997 Fan Club calendar, a New Adventures In Hi-Fi sticker & beer mat, all in a specially designed cardboard envelope.

A: Silver Bells
a song associated with Christmas, popularised in the United States by Bing Crosby‘s duet with Carol Richards (1950)

B: Christmas Time Is Here
an instrumental version of a song from the TV show A Charlie Brown Christmas, first aired in 1965

1994 (black vinyl) : pressing unknown, but it did come in three different-coloured sleeves

A: Sex Bomb
a cover of a song by San Francisco-based hardcore punk band Flipper from their album, Generic (1982)

B: Christmas In Tunisia
a track written by R.E.M., described as a Middle-Eastern influenced instrumental

1995 (black vinyl): pressing unknown, but it did come in two different-coloured sleeves

NB: The first of the giveaways NOT to have a Christmas-themed song on at least one side of the vinyl and thus, setting the theme for the next few years

A: Wicked Game
cover of the 1990 hit single by Chris Isaak

A: Only In America
originally recorded by Jay & The Americans in 1963; written by legendary songwriters Jerry Leiber, Mike Stoller, Barry Mann, and Cynthia Weil.

B: I Will Survive
Yup.  The very song as made famous by Gloria Gaynor (and which was covered by your humble scribe, live at the Glasgow Pavilion in 1990 – as recalled here)

Yup.  A further move away from tradition, with just one side of the vinyl coming from R.E.M. and the other from Eddie Vedder and co. in what, I’m sure is their first-ever appearance on the blog

It’s back to normal next Sunday with Part 27 of the R.E.M. singles series as released here in the UK.  We’re still in the era of Monster……