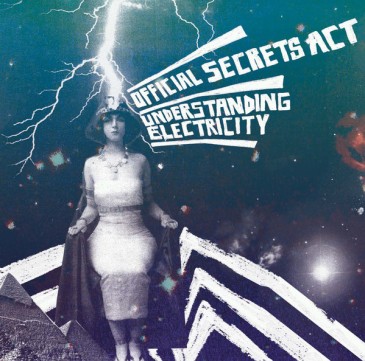 A guest posting by Mr Ed.

(SWC got sent this back in May to pass on for use on the blog, but it got lost/misplaced in the midst of all sorts of distracting stuff….)

When schools reopened after lockdown, I decided, for my sins, to get more involved in the extracurricular activities that the school offered. So for instance, every Tuesday I find myself helping Mr Clarke in training the Year 9 football team. I say help, I stand them with my arms folded in an ill-fitting tracksuit nodding along to everything Mr Clarke says and if I am a good boy I get to say ‘keep it simple, Jones’ during the kickaround in the last ten minutes. Jones then does fifteen stepovers and fires the ball into the top corner. He’s a genius when it comes to football, is Jones.

On the second and fourth Thursdays of the month I have to keep an eye on those in the ‘Stayback Group’ – detention basically. Here I get to sit in a room with surly grumpy teenagers and try to convince them that they should probably do their homework rather than, sniff glue or something (actually none of them sniff glue, I’m not sure if that is even a thing anymore. It was huge when I was at school, solvent abuse, but it’s more crack and legal highs with today’s kids, so I’m told). It’s here that I am actually typing up this document, I’m supposed to be checking coursework on Google Classrooms, but I’ve read twelve almost identical essays on ‘Romeo and Juliet’ that I now want to punch Casio or whatever his bloody name is.

Last Friday for them first time, as a favour for Mr Bowen (he paid me four bottles of decent Belgian beer), I monitored the pupils who want to make use of the schools’ music rehearsal rooms.

Its pretty quiet to be honest, there is a piano lesson going on in the smallest rehearsal room, a young lad is playing ‘Chopsticks’ and his bored looking teacher is fluffing up her hair in the mirror at the back of the room. She stops when she sees me looking at them. I feel a bit odd, so I turn away.

In the biggest room there is a quite a decent studio and sound recording lab (they call it a lab, it’s a mixing desk and a few technical bits that I have no idea how to work). In here are four year ten boys with guitars and a drum kit who think they are Green Day or something.

I knock on the door and ask if they are all ok. They nod, as one of them tunes his guitar. It’s a lovely guitar, but he clearly can’t play it properly. I ask him how long he’s playing – he’s mumbles “couple of years” back at me. I ask them if I can listen, they reluctantly nod. I laugh and say that being in a band is all about being watched by people, and that when they headline Glastonbury they’ll have to be used to it. The drummer clicks his drumsticks together and counts them in, and then when the guitarist screws up the very first bit of the song. The drummer does the same thing all over again.

They are a raw talent. If raw means, woefully out of tune, with no sense of time and rhythm. Which in this case it certainly does. They struggle through a song (Blink 182 I think…hard to tell…) and at the end I applaud, probably more energetically than I should have. I then tell them they are really good, which is a blatant lie, and they know it. They are to music what Ed Sheeran is to writing essays on the use of sarcasm in Romeo and Juliet.

I turn to leave but one of them asks me what type of music I am into, and I stop and say “Oh you know this and that”. I tell them that at the moment I really love an Irish band called The Murder Capital and I mention a Leeds band called Yard Act that SWC has got me into. I get blank looks. I then tell them about the music that is on my phone at this very moment. This happens to be Official Secrets Act, a band from 2009 who released one album called ‘Understanding Electricity’. A rollicking art pop affair that sounds like ‘Babies’ era Pulp and ‘Modern Life’ era Blur with a smidgeon of Talking Heads quirkiness thrown in for good measure. I don’t tell the kids that, though I tell them that they sound a bit like Blur.

Which was a mistake because the boys don’t like Blur. They like punk rock. If punk rocks means Blink 182, Green Day and a bunch of other bands that are too awful to dirty this blog with. I tell them I saw Green Day live at the Reading Festival in 2103 but they weren’t as good as Biffy Clyro. The singer looks at me as if I just slapped him with a haddock and just shakes his head. I leave them to it but make a mental note to bring them a Ramones CD next Friday.

Official Secrets Act hailed from London but formed at Leeds University in 2006. They released one album, ‘Understanding Electricity’ which was largely ignored, despite being actually very good indeed. It spawned three singles:-

So Tomorrow
The Girl from the BBC
Bloodsport

The Girl from the BBC is bloody marvellous but even that is knocked in a cocked hat by the brilliance that is:-

Oh and the last thing of note about the band is that one of them is the son of Jim Diamond. I mean, what’s not to love about that. Imagine being sung to at bedtimes but the guy who sang the theme tune to ‘Boon’.

Because it’s a bleeding masterpiece, that’s why.