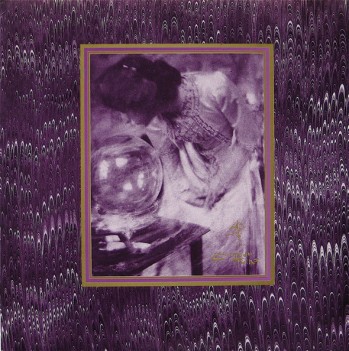 This might well be the most extraordinary piece of music to have ever come out of Scotland and become a hit single:-

It reached #29 in May 1984, spending four weeks in the Top 40. Sadly, the producers at Top of The Pops didn’t see fit to invite the band to the studios for a performance.  It truly would have been incredible television to see Liz, Robin and Simon miming away as the balloons were bounced around among the surely bewildered pop fans who were there to catch sight of Duran Duran, Nik Kershaw or The Thompson Twins, all of whom were riding high in the charts that week.

To be fair, the first week of June 1984 had a decent looking Top 30 –  OMD, Blancmange, New Order, Human League, Depeche Mode, The Special AKA, Scritti Politti, The Cure, Sandie Shaw/The Smiths, and Echo & The Bunnymen could be found alongside Cocteau Twins.

There was always something ethereal or even abstract about the music the trio made, but the fact they enjoyed some degree of commercial success would indicate there was much more love for them out there in the mid 80s than perhaps they ever anticipated or indeed were prepared for.

Pearly-Dewdrops’ Drops is not a lyric that would ever qualify for the great short stories series – indeed, it is nigh on impossible to know what precisely is being sung with different sites offering up different interpretations.  But it really doesn’t matter when the voice is as wonderfully expressive as this – at times it sounds as if Liz is undergoing some sort of exorcism – with a musical accompaniment which is singularly unique but somehow offers reminders of a number of the other above-named bands who were also in the Top 30 that week, as well as the guitar work of John McGeogh.

The b-side wasn’t too shabby either:-

One of the strangest things about the release of this single was that the 12″ version not only featured an extended version, but that it was stuck on the b-side, with a completely different lead track as the a-side:-

Here’s the thing……The Spangle Maker has even more of a ‘wow’ factor. For the full sonic experience, turn it up loud and put on a decent set of headphones.

9 thoughts on “WHO CARES WHAT SHE’S SINGING?”