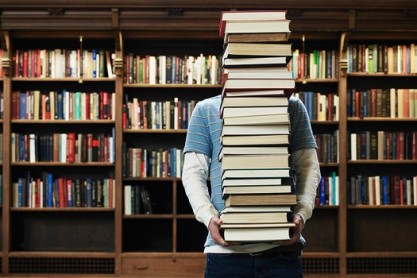 Loads more books arrived a few weeks back, courtesy of Santa Claus, among which were three autobiographical hardbacks related to the sort of stuff you’ll find on this little corner of t’internet.

Two of them, I recommend very highly, the other not quite as much.

First up is Broken Greek by Pete Paphides,  The author will be reasonably well-known to UK readers as a journalist, writer and broadcaster of many years standing.  He was born in Birmingham in 1969, the younger of two sons to Greek/Cypriot immigrants who had, like many others, come here in the hope of establishing themselves financially, feeling that there were greater rewards on offer than back home. Broken Greek will hopefully be the first of a number of volumes as it takes us up only to Pete’s early teenage years, and while the music is rarely more than a page or two away, there is equal joy from the family memoirs across its near 600-pages, most of which are recalled through the lens of childhood innocence.

But the real strength in the writing comes from the musical reminisces.  Paphides’ great talent throughout his career, be that with a specialist music publication or during his many years as the rock critic for The Times, has always been his willingness to accept the uncool and talk up singers or bands whose very names cause lots of us to squirm.  The book demonstrates he’s been like all his life, and he never shies away from outlining his love for the chart-fodder and middle-of-the-road stuff of the 70s. You are left with the feeling that he still owns those very same records, happy to give them a spin today. He is, however, quite lucky in that his older brother by five years is also a music fan and so, as Pete reaches the ages of 8/9, he is exposed to new wave/post-punk songs, many of which really have an impact on him, making him fall deeper and harder in love with singles and albums.

“Paphides can write like a dream and knows how to make his particular circumstances resonate for anyone who, when young, hungered for music;  if you have ever found solace in a song, you will relish this book; all the energy, thrill and immediacy of your favourite single; tender, heartfelt, humane and very funny.”

That’s just a few of the things the critics have said since Broken Greek was published in April 2020.  I’ll just add that it’s a gem of a read, one that I know will appeal to the entire TVV community.

Another essential read, as far as I’m concerned, is I Wanna Be Yours by John Cooper Clarke.  Unlike the Pete Paphides book, these 470 pages cover the punk poets entire life, from his birth in Salford in January 1949 through to his re-emergence in recent years as a cultural icon, beloved of many a 21st century musician or lyricist. Unsurprisingly, it’s a wonderfully told story, possibly slightly exaggerated in one or two instances for comic effect, and all the while it is near impossible not to imagine yourself sitting in an audience listening to the author reading the words aloud to you. As such, I found myself turning each page with a grin fixed firmly to my face.

I wasn’t aware of how rich and varied JCC’s life has been.  I had always imagined him as having hung around Salford/Manchester, as part of an arts scene, and being discovered in the late 70s when punk emerged.  Instead, I learned that, among many other things, he had served as a bookie’s runner, an apprentice mechanic, a cutter in the textile industry, a printer and a fire-watcher at a naval dockyard hundreds of miles south-west of where he had been raised.  Oh, and he also was a pet-sitter in Amsterdam, a period which provides a particularly amusing set of stories and incidents. As for the poetry, he first stood on a stage in the early 70s, appearing on bills alongside the club comedians whose repertoires were very much in tune with the sexism, racism and misogyny of the era.

It’s also a story of a junkie, and he doesn’t shy away from the things that went wrong in his life from his long-standing heroin addiction, but not in any harrowing or ‘woe-is-me’ sort of way, just an acknowledgement that he fucked it up big style, the consequences of which were inevitable.

The third of the music books read in January 2020 was Remain In Love by Chris Frantz.  In some ways I should acknowledge that coming fast on the back of Paphides and Clarke, the autobiography from the Talking Heads/Tom Tom Club drummer had a lot to live up to.  The reviews, which had helped me to add it to Santa’s list, were almost all favourable, with the critics homing in on the fact that many of its words sought to destroy a few myths around David Byrne.

The thing is, the book isn’t really all that vitriolic in nature, but where an opportunity arises to set the record straight about who wrote what and who came up with an idea around the look or sound, it is taken.  And yes, there is the occasionally barbed passage in which the lead singer is held up to be a deviant or a liar, but all too often it is quickly followed by more words in which Byrne’s involvement is seen as pivotal to the success of the band.  As such, the inconsistencies got to me and spoiled my enjoyment.

The other thing I couldn’t really get out of my head was the fact that Chris Frantz had something of a privileged upbringing that seemed, to me, to give him a sense of arrogance and expectation from an early age which shaped how he went about his entire life.  He wasn’t slow in using his parents connections to make things happen for him, and he really had a wonderful safety net, should he have needed it, of being able to fall back on them at any point in time.  This realisation, again for me, made some stories of his life at art school and the early efforts at making it as a musician in New York ring hollow.

Like the JCC book, there’s plenty of references to drug consumption, but in a way that is almost boastful both in terms of the quantity and quality and the folk with whom he was surrounded while indulging.  In other words, it felt too often like a bloated, boastful bio of a rock star bore.   It’s also worth mentioning in passing that his lifelong partner, Tina Weymouth, also came from a well-connected and highly-talented family, and indeed there is an admission that when the going did get particularly tough in NYC, the two of them would retreat to the comfy abode of her brother.

I suppose I should have realised what I was letting myself in for from a few of sentences in the preface to Remain In Love:-

“You could say that Tina and I were the team who made David Byrne famous. We were very good at shining the spotlight on him.

“Anyone who has been playing music professionally for over forty years has lived a life with many twists and turns. In this book I will tell you all about them…

“A number of books have been written about us, but none of them are very good and none of them have given the reader the true inside story. With Remain In Love, I will do just that.”

I’d have preferred it if he had simply related the tale to his therapist.

9 thoughts on “THREE BOOKS READ THIS PAST MONTH”