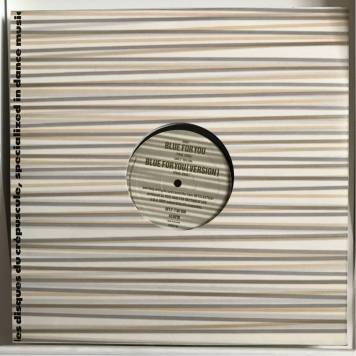 A new idea. One that might fly depending on the views and responses from the readership.

From the outset of the blog (which will celebrate quietly its 14th birthday at the end of this month), all the vinyl rips have only been made available at the lowest of quality, i.e 128 kbps, on the basis that anyone who really liked a song that they listened to/downloaded would seek out a better copy, digitally or otherwise. I’m now intending to use each Monday as the day when I’ll move to a higher-res offering, at 320kbps, which is the best I can do via the software which I use with the new turntable.

The idea came to me when I started going back and playing old records and hearing them in a way that I hadn’t for a couple of decades. The various USB turntables that I’ve used to support the blog have been at the budget end of things but that is no longer the case, and I’ve also invested in a decent amp and set of speakers. All in all, it’s made for a listening revolution in Villain Towers and while I’m not wanting to move entirely to the higher quality of vinyl rip, I’ll dip my toe in the water every Monday morning with a classic single from the collection (worth mentioning that my definition of classic might not chime with everyone else’s…….but I’ll come to that at the end of the post.)

I’m starting things off with Paul Haig, and the two sides from a 12″ cut from 1982 issued on the Brussels-based label Les Disques Du Crépuscule. It makes perfect sense to do so given that Paul gave such great support to the old blog a few years back when Google pulled a few posts and songs, with the singer/songwriter, via his manager, offering the opportunity to post an exclusive new track, which later led to a relatively successful mini-campaign to have Paul Haig Day across a number of blogs.

Those heady days of music blogging are long gone for all sorts of reasons but a handful of folk are still hanging around doing things the old way, with every single one of us using our love of music and musicians to spread the word and to hopefully encourage anyone enjoying what they are hearing to spend some money to support the singer/band in question.

It’s a long way from the sounds of Josef K and there were a few folk who were a bit disgruntled when Paul went down the dance route in the early 80s. I adored this single on its release. I still do today and it sounded immense coming out of the speakers here in Villain Towers. Worth also mentioning in passing that it features Giles and Samantha from Hey! Elastica on backing vocals.

The question though is whether you folk want this to be a regular feature and if so would you be willing to make suggestions as to a particular single or song that you’d like to have made available at the higher res? After all, my thoughts on what make a classic may well differ from yours and, besides, I’ve always taken pride on making TVV as inclusive as possible.

8 thoughts on “THE MONDAY MORNING HI-QUALITY VINYL RIP : Part One : BLUE FOR YOU”