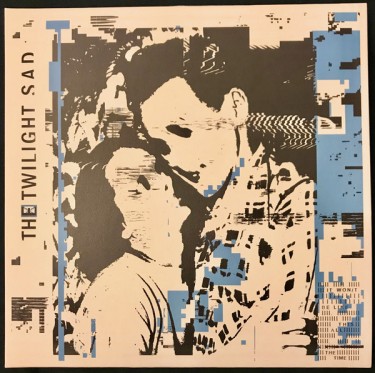 Most folk do end of year lists to highlight all the great new music they picked up in 2019. I’m too lazy/alternative for that……plus there’s the fact that I tend not to buy too much later in in any given year so that Santa Claus can come up with some goodies.

Every now and then over the coming weeks and months I’m going to bring your attention to stuff that I did spend money on/was gifted at Xmas that was released during 2019.

The very first album that I bought in 2019 (on limitede edition blue vinyl!!) turned out to be my favourite album of 2019. I don’t think I’ve ever gone a calendar year before when that was the case.

I’ve covered The Twilight Sad many times before, and I do appreciate that they they are not to everyone’s liking. The new album was a long time coming and there was an incredible amount of anticipation, and some intrepidation too, given that there had been some more personnel changes during the intervening years with the departure of long-time drummer Mark Devine, a man who had provided much to their sound in the studio and in the live setting.

Catching them live in June 2018, at their first UK gig for the best part of three years and hearing some new songs had been a great experience, but there was always the nervousness about how the recorded versions would sound. As has become typical nowadays, there was a drip-feed of new material, with tracks being made available digitally via the band’s website and videos posted up on you tube etc. There was also a 10″ single released in late 2018 with a remix of a new track and then finally, on 18 January 2019, It Won/t Be Like This All The Time came out, on Rock Action Records, a label owned and run by Mogwai.

The critical acclaim was near-unanimous and deservedly so. It’s the band’s fifth studio album and contains their strongest and most consistent collection of songs yet. It is a loud album, but in a totally different way from the earlier material released at the tail end of the first decade of this century. There’s a great deal more electronica and bass on it than before but not at the expense of some incredible guitar work from Andy McFarlane, one of just two members left from the original line-up. The other, of course, is singer James Graham, and on this record he again spits out an incredible set of raw and emotional lyrics in that unique way of his – he sounds just as good when he sings soft and quiet ballads as he does when he is competing with the five-piece band going at full pelt. He’s one of the few these days who can get me right in the chest every single fucking time.

There’s a live show coming up at Glasgow Barrowlands in April 2020. It will be a triumphant homecoming and probably the occasion that puts this album to bed and signals the start of a whole new set of songs. It’s one of my most eagerly awaited events of the next 12 months, and believe me, it’s a year that is going to be packed with all sorts of highlights.