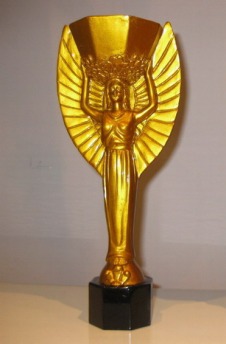 As ever, we’ll start things off with the result of last week’s tie. The winners established an early 5 point lead which was then wiped out come Tuesday morning.  The winners, however, found a second wind as the week went on and held on despite a late onslaught from the Scousers.

Three down; one to go..  Here’s jimdoes with this week’s tie.

Man In The Corner Shop v My Bag

I’ve never had any friends who were big fans of The Jam – and as a youngster, very much like The Clash, they passed me by. My only recollections of them are ads for Jam shoes and Jam ties in the back of Smash Hits – and seeing the video for Funeral Pyre on Top Of The Pops. It wasn’t enough to turn my 12-year-old self into a mod – I was busy listening to Adam and The Ants and arguing with friends that they were better than Madness. I’m almost 50 and I’ve mellowed slightly but I still like a ‘heated debate’ about X band being better than Y – I do try and base my opinions on actually listening to said bands these days which is definitely a change from when I’d slag off bands based on whatever was written in the music press. I even take this as far as to listening to the godawful rap that my teenage son listens to – and I sometimes catch myself sounding just like my dad “That’s not music etc etc”. None of which particularly relates to The Jam – I’ve seen Weller a few times at festivals and generally enjoyed his music but I don’t hold him in the same light as Joe Strummer or Mick Jones, he’s not my hero.

Lost Weekend on Top Of The Pops was where it began. I still know all the lyrics and it’s still a song that I’ll occasionally play when I DJ in my local pub. I was late to Lloyd Cole – it seems like a recurring theme – I guess it was in my teens before I discovered the delights of the NME and Melody Maker. I bought Easy Pieces and played it to death – and it means more to me than Rattlesnakes. That’s not so say that when I discovered Rattlesnakes I didn’t love it, but I guess I loved my first infatuation that little bit more. Anyway, I only discovered Rattlesnakes thanks to the Sandie Shaw version of Are You Ready To Be Heartbroken – a shocking admission! My younger sister was a big Lloyd Cole fan – especially Mainstream – and she came with me when they played Wembley Arena – a band very much in the wrong venue – their songs sounded lost in such an echoey hanger and convinced me that smaller venues were better – and to this day I try and avoid the big arena tours – most bands are lost to me once they get that big.