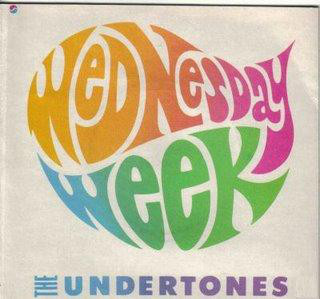 The next single maintained the momentum reaching #11 in July 1980.

But it was a 45 which caught a lot of people out as, for the first time in the singles format, the band showed there was more to them than 1-2-3-4 post-punk pop.

It was also a nightmare for daytime radio DJs in that it gave absolutely no opportunity to talk over the intro.  It’s another John O’Neill composition and is very much a nod to the 60s, akin to the mellower sounds of The Beatles and The Kinks.  I’ll own up by admitting it wasn’t one that I fell for right away but as my tastes have developed and become a bit more refined over the years I can fully appreciate it.

The b-side is another of John’s songs.  It was seemingly originally intended as a free flexidisc give away with Smash Hits magazine but when that fell through the band decided to make it available on the b-side.  It’s another song that seems to have its roots elsewhere – to my ears it’s always sounded like a speeded-up version of something that might have been recorded Johnny Cash….with extra guitar.

The A and B-sides come to a combined running time of under four and a half minutes.