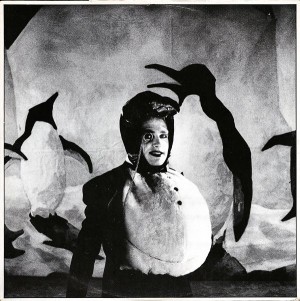 Seven Seas was the third single to be lifted from the LP Ocean Rain. It came out in July 1984 and reached #16 in the UK singles chart, giving Echo and The Bunnymen their fifth Top 20 hit, but what would be their last until the 1997 comeback 45 Nothing Lasts Forever.

I was initially nonplussed by Seven Seas. I always thought it an OK song if a little bit lightweight, albeit it fitted in well with the rest of the album. I remember getting annoyed at the time by the promo video and Top of the Pops appearance as the band goofed around in costumes and seemed to be trying just a bit to hard to deal with press criticism that they were a bit po-faced and nothing but gloom merchants.

Some 25 years later I had the good fortune to hear Seven Seas played at an indie-night over a very expensive sound system and that’s when it really hit home just how majestic the production is. The lyrics might be nonsensical but the playing and the arrangement is well worth repeated listens. Oh and that night also brought a sharp reminder that it’s a cracking tune to dance to.

I bought the 12″ version back in the day as it had four live acoustic tracks as recorded at Liverpool Cathedral for a very unique Channel 4 programme called Play At Home.  The songs capture a shambling, drugged-out but utterly brilliant band in action:-

Play At Home was a series in which bands of the day were invited to make their own 48 minute films capturing them at work.  The Bunnymen, no doubt advised by the nutty genius of Bill Drummond instead decided to focus on a cafe which was near Eric’s Club in Liverpool, owned and run by an ex-boxer and his family, with band performances thrown in.

And as much as I hate google for what they did to the old blog, you tube is a godsend at times.  Here’s that TV stuff from 1984, in three parts:-

8 thoughts on “BUNNYMEN PLAY AT HOME”