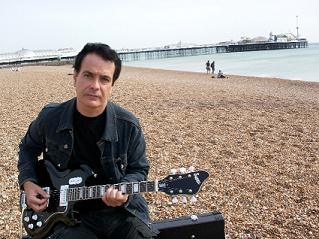 The story is thus.

Back in 2003, Cinerama released a single called Don’t Touch That Dial. Like all other releases by the band, it didn’t sell in any great numbers.

A few months later David Gedge, decided it was time to put Cinerama on hold and resuscitate The Wedding Present.

Fast forward to 2005 and the release of the TWP comeback album, Take Fountain, and track 7 turns out to be a song called Don’t Touch That Dial.

Both versions are rather splendid in their own right.  One sounds like Cinerama (with keyboards to the fore)and the other sounds like The Wedding Present (with backing vocals and much more guitar). They simply have a lead singer (and songwriter) in common.