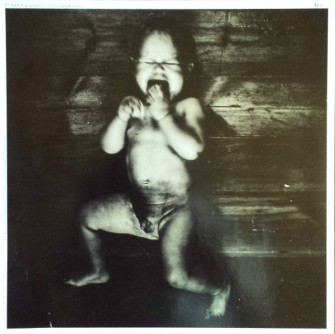 There have been times during this occasional but well-established series when I’ve included an EP as the debut instead of a single.

This has given me a dilemma now that I’ve decided to feature Pixies.

Come On Pilgrim was the first commercial release, issued as an EP by 4AD Records in September 1987.  The EP contained seven songs, with a running time of a little over twenty minutes.  The problem is that the group never intended it as being released in that way, having made a 17-song cassette with the intention of getting it into the shops as a record, but these hopes were dashed when Ivo Watts-Russell decided that some of the songs, on what would later be called The Purple Tape, weren’t strong enough for a commercial release.

It was his decision to narrow things down to the seven tunes, and in doing so he also remixed things slightly to smooth out what he felt were some rough edges.

It did work in that the EP would go on to spend more than six months in the UK Indie Chart, helping to generate a great deal of positive press coverage while organically growing a fan base for the band.

So, for the purpose of this series, I’m going to make my way to August 1988, and the release of a debut 45, of a song that had been included on the debut album, Surfer Rosa, released five months previously

It was a complete re-recording from the version included on the album. For one thing, it is some 40 seconds shorter. It also saw Gil Norton brought in to work with the band for the first time, with his more conventional approach to recording seen as more conducive to delivering a radio-friendly sound than had been delivered by Steve Albini:-

The single, with its infectious and memorable bass line written by Mrs John Murphy (aka Kim Deal), was issued on 12″ vinyl and CD.  It didn’t break into the mainstream chart, but was again a success in the Indie Chart, and it paved the way for Norton to work with the band on the following year’s Doolittle, which took the band to new and possibly unimagined heights.

There were three other tracks on the single:-

River Euphrates, like Gigantic, was a Norton-produced version of a song from the debut album, and again is quite different from its Albini-produced counterpart.

The other two tracks are taken from a gig at the Town & Country Club, London on 1 May 1988.

Pixies would, in due course, enjoy chart success with later singles, but there is little doubt, among fans anyway, that Gigantic is up there as one of their very best recordings, and remained the most loudly received in the live sets all the time the original line-up played, much to the annoyance of Black Francis who never really understood why his lead vocals weren’t greeted with the same enthusiasm as that of the big song by Kim.

4 thoughts on “IT REALLY WAS A CRACKING DEBUT SINGLE (66)”