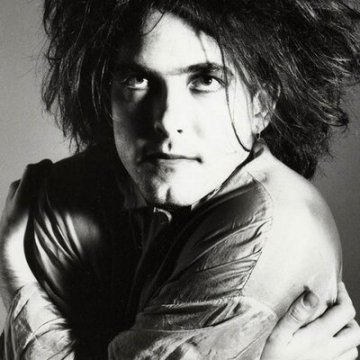 So, I went into the cupboard to pull out the 12″ single that I was going to put onto the turntable and do the whole ripping at 320kpbs for this series.

But the single was sort of sticking to the one sitting next to in the cupboard and the two of them kind of came out together, and thus I found myself in a dilemma as I now wanted to feature both of them.

Dilemma solved.  Two for the price of one today.

Some words written previously back in April 2015:-

The Cure have released 41 singles going back to Killing An Arab in 1978 right through to The Perfect Boy exactly 30 years later. But I would never have guessed that Lullaby was the one that performed the best in the UK singles chart when it crawled its way up to #5 in 1989.

I would have put a fair amount of money that The Lovecats was the holder of that title, but it only scratched its way to #7 in 1983, although I’m guessing that in terms of actual sales it in fact outsold Lullaby.

And even if you told me that the biggest success wasn’t The Lovecats, I’d have then placed whatever was left of my cash on Friday I’m In Love, but this only swooned its way to #6 in 1992.

So the best performing 45 turns out to be the one about the creepy and haunting tale of an eight-legged creature which frightened Robert Smith is in his nightmares as a youngster. Or, is in fact the song, as has been suggested in some places, really about drug addiction and dependency but written in such a way that it gets past the censors at the BBC for the all important airplay?

Either way, I think it’s one of the most inventive arrangements to feature on any record by The Cure.

It can’t be denied can it?

Quite possibly my favourite few minutes from The Cure.  And yes, it is because it so reminds me of Lowlife era New Order. A #15 hit in the UK back in the summer of 1985. Still sounds gorgeous after all this time.

Apologies for the use of repeat postings for the words. I’d like to think you’ll forgive me, given how good the songs are.