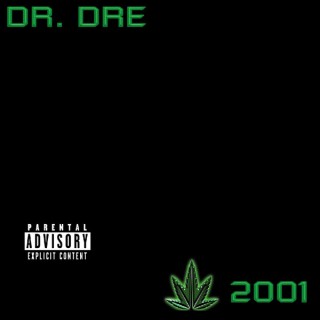 When we think of Dr. Dre, we think of an era of hip hop rooted in decadence, delivered by artists who had lived the experiences that formed the basis of their material.

These were the stories of hustlers, young men who had come up from the struggle. Legends in the making who were thriving in a genre that provided an avenue out of the violence and impoverishment of their upbringing. A future that would be paved with money and fame in excess, and egos to match.

The release of Dre’s debut LP The Chronic in 1992 firmly established him as a hip hop game changer.

From the shadows of his group N.W.A’s mammoth success emerged a double threat. Dre’s production technique and ear for g-funk and gangsta rap progressions, coupled with his staunch flow, turned heads and provided a huge breakthrough for the Death Row Records label Dre founded with Suge Knight and The D.O.C..

A record laden with expectation and anticipation, the album followed 1996’s Dr. Dre Presents The Aftermath – a compilation album that sold well, but failed to capture the same attention and respect as The Chronic.

Where 2001 differs is in its compositional weight, the calibre of guests representing the thriving culture of the time, and the reflection of Dre’s evolution as a rapper and the West Coast sound in general.

“I just basically do hardcore hip hop and try to add a touch of dark comedy here and there,” Dr. Dre told the Irish Times in 2000.

“A lot of the times the media just takes this and tries to make it into something else when it’s all entertainment first.”

It makes sense. 2001 was originally constructed as if it were a film.

Purely cinematic in its presentation, an album like 2001 set a precedent for this type of hip hop record that an artist like Kendrick Lamar would follow in producing seminal works of their own (Good Kid, m.A.A.d City).

Comedian Eddie Griffin is a noted voice on ‘Ed-Ucation’, possibly the album’s lowest point: a one-and-a-half-minute rant about side-chicks who become pregnant on purpose.

The cringe factor brought on Dre’s more graphic lyrics are relegated to the lesser known songs on the album. Intentional or not, the kind of subject matter acclaimed rappers would never be able to get away with today, is ultimately shadowed by the singles: banger after banger that would drop during the album’s cycle of release.

What comes out on top is a strong and confident attitude that permeates through the entire piece.

The record is less concerned with hyping up a lifestyle and serves more as a massive ‘fuck you’ to anyone who questioned how Dr. Dre would stand solo, sans-N.W.A and without Death Row and Suge Knight behind him.

Establishing himself as one of the strongest players in the culture, Dr. Dre demonstrated his reach in employing an all-star list of ghostwriters (The D.O.C., Royce da 5’9”, Jay-Z), musicians (Mike Elizondo, Scott Storch, Jason Hann) and vocalists to pull his vision together.

We’re talking Xzibit, Nate Dogg, Kurupt and Snoop Dogg. Mary J. Blige, MC Ren, Hittman. Eminem, fresh off the back of the Dr. Dre-produced debut, The Slim Shady LP.  The young Marshall Mathers has one of the best verses and highlight moments on the record, spitting psychopathic greatness on ‘Forgot About Dre’.

A cultural moment as well as an album touchstone, ‘Forgot About Dre’ showed Dre at his bitter best, while Eminem’s vibe is a perfect snapshot of America’s Most Disturbed at his most venomous.

The album has spawned some of the most popular tracks of the decade, namely ‘Still D.R.E’ and ‘The Next Episode’, the latter of which has become almost a rite of passage to rap along to for anyone beginning the partying chapter of their young adulthood.

‘Still D.R.E’, the first single from 2001, is assertive and quick to light a fire beneath those who assumed Dre was down and out of the game following the release of …The Aftermath.

‘I stay close to the heat,’ he raps. ‘And even when I was close to defeat, I rose to my feet’.

In the same vein, ‘The Next Episode’ is possibly the pinnacle of West Coast rap, delivered in its most pure form.

The track wouldn’t be what it is without Snoop Dogg’s silky-smooth cadence, Dre’s braggadocious entry and statement of intent as a King of Cali (‘Compton, Long Beach, Inglewoood’) and of course, Nate Dogg’s marijuana-loving outro.

Elsewhere on 2001, a listener can find some underrated cuts that still stand strong on their own now, 20 years later.

‘Bang Bang’ is an example of Dr. Dre’s intelligence and knack for clever lyrics, ‘Let’s Get High’ sees Ms. Roq shine, while ‘The Message’ changes the album’s speed entirely.

Closing the album, the Mary J. Blige and Rell collaboration ‘The Message’ is an ode to Dr. Dre’s late brother Tyree and a song that deserved much more attention than it received.

At 22 tracks total, 2001 was perhaps embraced gluttonously when it was first unleashed. Nobody could have predicted Dr. Dre’s entrepreneurial hustles becoming such a main (and lucrative) focus over the next decade. He released another studio record (Compton) in 2015, yet the fumes of hope surrounding the almost mythical Detox album remain.

As we look to the beginning of another decade, a deep dive on an album like 2001 poses the question:

Could this sort of record be made and revered today?

Ask most hip-hop fans and they’d probably tell you no.

While the culture does still have pockets of music rooted in the same old tropes (read: strippers, liquor, misogyny), hip hop today has never been so multi-faceted. Yet, in a lot of ways, the influence of Dr. Dre has been there throughout.

As the West Coast hip hop sound became more defined – and popular – through the latter half of the 1990s, largely thanks to the emergence of Tupac Shakur and Snoop Dogg, the Dr. Dre sound remained present and continued to develop.

An innovator and sonic perfectionist, the Compton original would go on to pave the way for a whole new generation of hip hop artists valuing a fine-tuned ear for production and composition as much as they do their rhymes.

I stumbled across this piece of writing when I was looking for a bit of background on The Next Episode, as I was intending to do a posting on that 12″ single.  But I changed my mind and decided instead to go with this review of the album as Ms. Fuamoli, who is a very well established music journalist, content producer and publicist from Melbourne, has captured perfectly what I feel about 2001.

It’s something that I can’t listen to all the way through. Indeed, I reckon I’ve only managed to do so on two occasions, the first being the initial playback and the second about 18 months ago when I tried it out with some new headphones (not Beats Headphones I should add!!!) as I really love much of the production, and I used the occasion to check, and be reminded of, the fact that the skits are awful and that a fair number of the lyrics are questionable/objectionable.

It acted as a useful reminder that this is a record which shouldn’t be owned on vinyl.  CD is ideal as the remote control needs to be handily placed ready for the FF button to be utilised.  And yet, despite my unease about a lot of things, there are enough songs, all of which have been highlighted in the above review that were instant classics and still, all these years later, retain the right to be described as such :-