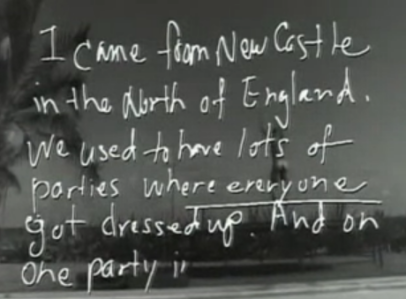 Regular readers will know the script by now (and to be fair, the chances of an overly-wordy music blog attracting any new fans will be quite remote, which means everyone knows the script!)

All year long, I’ve had a look back to the UK singles charts of 1990 in which I have (hopefully) demonstrated that while there were a reasonable number of hits which have stood the test of time, they are far outnumbered by the dross that the great British public was shelling out for. We have reached the month of November, with four weeks of things to recall. It’s probably the worst of them all…..

The month opened with The Righteous Brothers still at #1, with Unchained Melody, still making folk cry their eyes out when it was used in the mega-hit movie, Ghost.  It also saw something really dreadful enter the chart at #11, when Gazza (aka Paul Gascoigne), cashed in on his newfound fame post-World Cup 90, by joining up with fellow Geordies, Lindisfarne for an updated and horrific version of Fog On The Tyne. Look it up on YouTube if you must. (Oh, and in case anyone gets the wrong idea…..the video still of a man’s bare arse at the top of this post is NOT Gazza….it is, however, a still from a song referenced elsewhere in this posting)

Gazza was the highest of what was a quite astounding 19 new entries into the Top 75 in that particular week. Some of them are unforgettable pop-fodder, to say the least (Teena Marie, Maria Carey, Craig McLachlan, Ragga Twins, Caron Wheeler, Wilson Phillips); others are linked to the increasing popularity of dance/club music on which I am wholly unqualified to comment (Cybersonik, Kick Squad, Unique Three, Megabass) while the rock gawds smiled that the likes of Queensryche and Jon Bon Jovi were getting played on the radio.

808 State would go on to enjoy a high-profile 1991 with the ex:el album that would be released in March 1991. Cubik/Olympic, which in due course would reach #10 in the singles charts, would find its way onto the later album, whose hits would also include In Yer Face and Oops, with the latter featuring Bjork.

New Power Generation was the second and final hit single from the album Grafitti Park and would climb the following week to #26 before fading away quite quickly. Little did we know that the track was the scene-setter for what Prince would next do in his long, colourful and never predictable career.

N.W.A. never really enjoyed mainstream success in the UK and this, the lead track from a stand-alone EP, was just the second and final time they made the charts. The track is probably best remembered for the fact that the remaining four members used it to make an attack on Ice Cube, who had left a year earlier after a row over royalties.

The Beloved had enjoyed a 1990 breakthrough with the album Happiness. It was decided to issue Blissed Out, a remix version of Happiness, with It’s Alright Now selected as the single to promote it. It wouldn’t quite work as it stalled at #46 and sales of Blissed Out were relatively poor. It would be the last involvement of co-founder Steve Waddington as he would leave in early 1991, with the band more or less becoming a front for the solo work of Jon Marsh.

Dig For Fire was the second and final single to be taken from the album Bossanova. It was released some three months after the album – the fact it stalled at #62 is evidence that Pixies fans weren’t too bothered about buying singles to complete any collections.

Julee Cruise has proven to be a one-hit-wonder. Falling dated from the previous year and would have very likely remained completely unknown if an instrumental version hadn’t been used as the theme for Twin Peaks, one of the most unlikely TV hits of 1990. The single would go Top 10 in the UK and a number of other European charts, while also reaching #1 in Australia.

Gazza jumped to #2, held off by The Righteous Brothers. This was a week in which 15 songs debuted in the Top 75, with the vast majority of them being tracks I honestly don’t recognise. I’m going to lit them, as its a perfect demonstration of just how much money record labels were prepared to waste back in those days, and the reason why vinyl and CDs were stupidly over-priced in the shops as those which sold had to recoup the costs of the many more that didn’t:-

Which leaves, this, the lead track from an EP which, at #23 was the highest entry of the week:-

The Island Head EP would spend just 4 weeks in the chart, reaching #21.

Surely things were a bit better the following week?

The answer, to an extent, is yes. For the first time in something like seven or eight weeks, a new entry came in very high up the charts, at #3, and for once it wasn’t relying on its inclusion on a soundtrack from a major film to earworm its way into the minds of the record-buying public.

The only thing letting it down is the fact that the song in question is Ice Ice Baby by Vanilla Ice.

The karaoke/old fogies brigade were also well represented this week as Rod Stewart and Tina Turner duetted their way to #12 with It Takes Two. It would eventually go all the way to #’5′ please remember this fact and shake your head in disbelief that Marvin Gaye‘s original version with Kim Weston only reached #16 back in 1965.

Another cover version was the next highest new entry:-

mp3: The Proclaimers – King of The Road

I was stunned to read that this entered the charts at #17 and actually went Top 10 the following week. I had long assumed it was one of those singles/EPs that had peaked around #40, like almost all releases by the duo.

There was the usual mix of pop/dance number making a fresh appearance in the lower ends of the charts, a number of which, like those listed from the chart of 11 November mean nothing or very little to me. But some tracks have since found their way into the collection:-

Being Boring would reach #20, but proved to be just about the poorest performing PSB single that was released between 1985 and 2003 (only Was It Worth It?, which stalled at #24 fared worse). It has since, possibly because it was something of a relative flop,  become one of the duo’s best loved, most iconic and most enduring tunes.

Wicked Game, like Falling (see above) benefited from the David Lynch effect. It had originally been released as a single some 18 months previously, but npw, its inclusion on the soundtrack to the film Wild At Heart had given it a whole new lease of life, spending ten weeks in the Top 75, either side of Xmas 1990, and peaking at #10, ending up, by far, as the biggest hit of Chris Isaak‘s career.

Flowered Up would later enjoy bigger hits in 1991 and 1992, but this piece of indie-pop, released on Heavenly Records, has long been my favourite of theirs. I’ll mention in passing that lead singer Liam Maher died in 2009, at the age of 41, from a heroin overdose, and that just three years later his brother Joe, who was a guitarist in the band, also lost his life. R.I.P.

Vanilla Ice took over at the #1 spot. Not much changed in the Top 20, but there was good news that Gazza’s bid for #1 was now going to come up short

The never-ending ability of the British public to make a hit out of a novelty song, even when it is least expected, reared its head with this being the highest new entry at #14-

“Kinky Boots” is a 1960s song written by Herbert Kretzmer and David Lee, and recorded by Patrick Macnee and Honor Blackman, stars of the television series The Avengers.

The music was commissioned by Ned Sherrin for the satirical television series That Was the Week That Was and used in a sequence featuring the titular footwear (then fashionable). Lyrics were later added for a recording by Macnee and Blackman, released by Decca in February 1964.

The song was not initially a hit, but a re-release in 1990 reached the top ten of the British Singles Chart in December of that year, after the song was promoted by BBC Radio One DJ Simon Mayo. The single peaked at No.5 and remained on the chart for seven weeks.

The other new entries that week were every bit as dull and forgettable as those highlighted above at 11 November. I fear it will be even worse next month as we get close to the charts at Xmas.