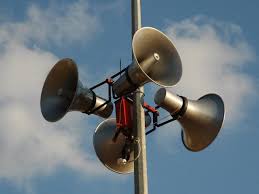 It’s been a fascinating first half across all four games.  The Clash are destroying R.E.M. and thus laying down a marker for the remainder of the tournament while many others have, seemingly, unwillingly cast their votes for The Police on the basis that the song representing The Stranglers isn’t regarded as one of their best or most accessible. Both ties already look formalities.

The other two match-ups are much closer affairs.

Daft Punk and Emiliana Torrini have both enjoyed small leads before being pegged back, although the French are now on a bit of a roll and the current gap is at its widest.  The The began their match at a blistering pace racing into an eight goal lead at one point, but the killer combination of Jobson and Adamson have steadied the ship and The Skids could yet make history by being the first to mount a comeback win of seismic proportions.

This week’s half-time, as per the newly adopted practice, comes from the ICA of a singer or band knocked out in the last round by one of the above eight sides:-

Remember….if you haven’t vote yet, you have until midnight this coming Friday.

6 thoughts on “HALF TIME SCORES”