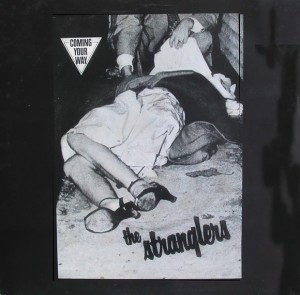 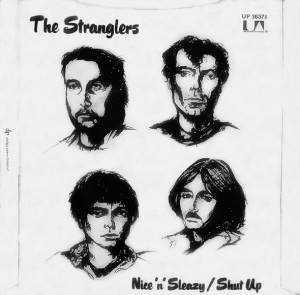 It was Jonny the Friendly Lawyer who took on the tough task of compiling an ICA for The Stranglers. He did an excellent job that incorporated familiar material (hit singles) and some album tracks whose worthiness was articulated eloquently by a true fan.

It was the band’s sixth single, released in the UK in April 1978.

This was a period in which they had released three hit albums – Rattus Norvegicus, No More Heroes and Black and White – in a little over a year, It was also a time, however, when some elements of the music press, and indeed a number of their peers in the punk/new wave movement, were creating something of a backlash with accusations of misogyny and racism being levelled at the band.

It wasn’t easy to dismiss such accusations with evidence such as some live shows being accompanied by strippers doing their act while the band played. But those who championed the band said that such gestures and some of the provocative stuff being said in interviews was satirical rather than serious and that they were actually doing everyone a favour by bringing certain issues to wider attention. It’s not the most convincing of defences and there’s no doubt that if the sort of social media we have today had been around in the late 70s then The Stranglers would most likely have not enjoyed any sort of mainstream success as record labels and promoters would have been terrified of being caught up in any angry backlash.

It didn’t help matters with the image chosen to adorn the sleeve of the new single. It was the picture of what was clearly a female murder victim and although it was impossible to determine the cause of death from the image, the fact that the ‘The Stranglers’ was printed underneath the image and the reverse had the words ‘Nice ‘n’ Sleazy’ and ‘Shut Up’ beneath what could accurately be described as ‘drawings of the accused in court’, felt a bit tasteless to say the least.

The three and bit minutes of vinyl on the other hand were extremely tasty. It’s driven along initially by the most hooky of hooky bass lines in which Jean-Jacques Burnel confirmed he was the worthy winner of the title of best four-string player of the punk world; I’ve no doubt that JTFL would have practiced this daily in his bedroom or parent’s garage until his fingers were just about bleeding. I loved it as a teenager and still think of it as one of the most enduring singles of the era.

The b-side was an out-and-out shouty, punk record that is less than 90 seconds in length. It was quite possibly the band’s message to those journalists who were quick to castigate them.

mp3 : The Stranglers – Shut Up