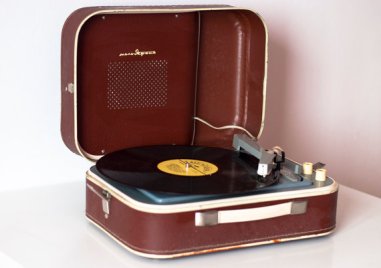 Most of the time I do try to link in a featured song with a b-side, other songs by the same singer/band, a cover version or something vaguely linked to the era or song matter. But then there’s some songs that just can’t be handled that way and so I’ve decided to have an occasional feature that allows me to squeeze in songs of distinction and quality which would otherwise not get a chance to be listened to:-

D.A.F. is short for Deutsch Amerikanische Freundschaft, a Dusseldorf based band who were originally with us at the tail end of the 70s and into the early 80s. I only have one of their songs, and it was downloaded from elsewhere, but it was one that I danced to a fair bit back in the student days. Don’t worry folks, it’s not a track praising the merit of the old fascist – indeed it is merely encouraging Benny boy to shake his ass with his dancing partners Adolf and Jesus. If it wasn’t for the pounding electro-beat, it’d be as camp as can be.

mp3 : Shriekback – Fish Below The Ice

Shriekback formed in 1981, initially as a trio of Barry Andrews (ex-XTC), Dave Allen (ex-Gang Of Four) and Carl Marsh. They have been an and on off project ever since, with Andrews being the only consistent member of the band. They occasionally threatened to break through in the early 80s, none more so than when the LP Oil and Gold was released in 1985; the main problem though was that the strongest songs, included that featured here, had Marsh on vocals even though he had quit Shriekback midway through the recording of the album, thus making promotional duties a tad difficult.

Ladytron, formed in 1999, seem to still to be going strong although it’s now getting on for five years since they released what was their fifth studio LP. They were the brainchild of two Liverpool producers and DJs – Daniel Hunt and Reuben Wu – but were soon joined by two female musicians, the Scottish-born Helen Marnie and Mira Aroyo from Bulgaria. They were championed by a fair few in the media, particularly the music correspondents aross a number of UK broadsheet newspapers who almost collectively predicted big things, but they never quite got beyond cult status despite making a number of more than decent singles and albums. The song featured here is a single from 2002 for which big things were anticipated but it stalled at #68.

There’s a lot that can be written about Pyschic TV, and no doubt somebody has elsewhere. There’s a very lengthy wiki piece that I’ll refer you to. I’m not qualified to offer any opinion at all, as all I have is one mp3 that originally came courtesy of its inclusion on a cassette for me by Jacques the Kipper. It’s a song about the late Brian Jones.

Named after an album released by Felt back in 1984, this five-piece London band seem to wear their 80s indie-op influences very much on their sleeves if this track from 2007, which I have courtesy of a compilation CD, is anything to go by. It has a wonderfully hypnotic guitar, lots of ba-ba-ba vocals from what sounds like a dreamy female lead vocalist all underpinned by a DIY production that really does hark back to an earlier period. I think my mate Aldo will love this…….

As ever, if anyone can fill in the gaps or has anything to say about the songs, then fire in via the comments section.