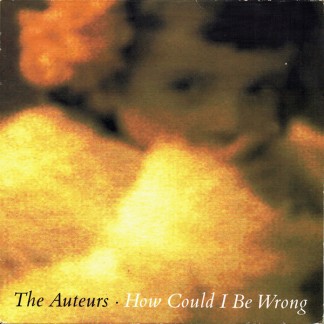 Exactly one year ago today, on Sunday 29 September 2019, I featured Part 4 of The Singular Adventures of Luke Haines in which I looked at How Could I Be Wrong, which was released on CD, 10″ and 12″ vinyl.

I mentioned that the 10″ version of the single was a limited edition effort with it offering up a live version of Staying Power (a b-side of debut single Showgirl) that had been recorded at a gig in Paris in February 1993. I also mentioned that, sadly, I didn’t have a copy and so couldn’t offer readers the chance to hear this particular version.

Well, a few months back, I did track down a second-hand copy of the 10″ piece of vinyl and have been saving this for today:-

Given that nobody left a comment last time around, I won’t be the slightest bit offended if this is met with a great wall of indifference.

6 thoughts on “IT’S HERE, ALBEIT JUST ONE YEAR LATE….”