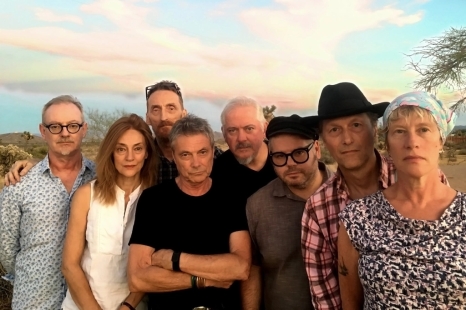 Some extracts from ICA 73.

There are twenty-one albums by The Mekons up here in the music room (as at 1996), which is almost their entire output, bar one compilation album from a few years back (Heaven & Hell: The Very Best of the Mekons ) and the album Pussy, King of the Pirates they made with Kathy Acker in 1996, which I think I bought second hand from Polar Bear records in Birmingham many years ago, but I must have traded it in again.

They were punk, then post-punk before a radical change in direction in 1984, when The Mekons started making records with more than a hint of country, then ca. 1989 the music became more “indie/alternative” for a few years and latterly more folk-tinged. All of which may have you running for the hills, but that would be a catastrophic mistake, because The Mekons are a great band (apart from those punk/post-punk early years).

Not a bad track on the album. Has been, on occasion, One Of The Ten Best Albums Of All Time. The first album of their “indie/alternative” era.

There are some rather rude words in this, so in the name-of-the-sweet-lord do not play this when your granny’s in the room. But it’s a song that could very well make you laugh. Or not, if you’re a bit prudish.

The penultimate track from Fear And Whiskey, the first album The Mekons made (in 1985) after their hiatus, and I think one of the first alt-country albums. Some people refer to it as country punk. And an album you really should possess.

5 thoughts on “NOSTALGIA IN SEPTEMBER (7)”