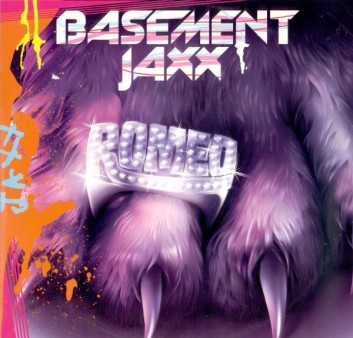 Basement Jaxx had ended the 20th century as one of the hottest and most popular new pop/dance acts in the UK, thanks to debut album Remedy, a Top 5 hit that had also spawned four massive singles including the infectious Red Alert which was used on film soundtracks as well as the music in an advert for Coca-Cola.

It took a couple of years for the duo of Felix Buxton and Simon Ratcliffe to emerge with new material, and when they did, it was with this instant classic:-

Released on 6 June 2001, it was met with enormous enthusiasm, helped immensely by a terrific video that paid homage to the Indian Bollywood films of the 70s.

Here’s a taste of the reaction from some of the media:-

It is groovy and luscious enough to be the next single from Destiny’s Child and can be likened to old school disco music. A bittersweet pop classic and will break your heart or make you dance in one frantic twitch, complete with a sassy disco-diva vocal, cornball lyrics, and cheesy new wave synths and background vocals that quickly establish the duo’s obsession with retro kitsch.

But the song itself went beyond that tailor-made for the charts, as can be heard in this stripped-backed version that highlights it also works as a defiant feminine anthem that wouldn’t sound out of place at a Las Vegas cabaret night or the sort of song that Marc Almond would make a great job of covering:-

And finally, it was put in the hands of the Dewaele brothers, part of the Belgian indie-band Soulwax but who had branched off as 2 Many DJs under which they would become one of the world’s most sought after remix production team. One of their specialties was the mash-up in which the vocals from one song were played over the tune of another. Somehow, they made this one work with The Clash:-

Originally issued as a 2 Many DJs white-label single, it was later included on a bonus disc when Basement Jaxx released a ‘Greatest Hits’ compilation in 2005.

One thought on “ROMEO….MAGNIFICENT IN ALL ITS MANIFESTATIONS”