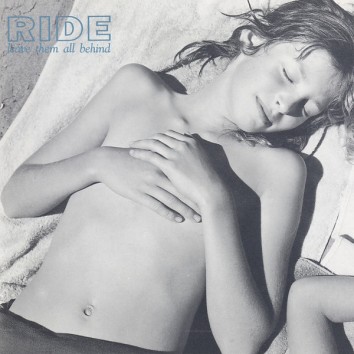 Released as a single in February 1992 (Reached Number 9)

A long time ago in the early 1990’s, there was this little music scene called shoegaze. Ride were the kings of that scene, largely because, if you put the band that probably invented it, My Bloody Valentine, to one side for a minute, they were the only band that really crossed over into the mainstream long enough to be important. They also made ‘Nowhere’ which is still to this day one of the greatest guitar records ever made. Yes it is. Face facts Skunk Anansie fans.

Ride were for about half an hour or so, the biggest band in the UK. For reasons that were quite obvious, girls loved them and nearly every girl I knew between 1990 and 1992 wanted their boyfriends to look like Mark Gardner or Andy Bell, it was never the other two. We boys tried in vain to do that, we grow our fringes so that they flopped over our eyes. Then we bought stripy long sleeved T-shirts in their thousands and traded on blue denims for black ones. After that we threw our Adidas pumps into the back of our wardrobes and bought eight hole Doc Martens, and we learnt how to stand perfectly still at gigs and just gaze at our shoes, swaying gently to a blaze of feedback strewn guitars, and whispery vocals about the sky, the rain and dreams.

Roughly at the same time that we boys were doing this, Ride were recording their second album, ‘Going Blank Again’. The lead track from it was ‘Leave Them All Behind’ a swirling, kaleidoscopic feedback inspired inspired eight minute blast of brilliance. It has this long drawn out intro to which, I, at the time, proudly declared it to be ‘the greatest opening two minutes of music, ever’ to anyone that would listen to me. Saying that I do have form for this kind of thing, because roughly six months earlier, I said the same thing about this

to anyone that would listen, and this too I think, (but only for that rumbling bass)

And I was probably right on all accounts.

Anyway, back to girls and them liking Ride. In 1992, OPG turned 18 and a few weeks before that special day I sent a letter (ask your dad, kids) to Ride, via the address on the back of their ‘Taste’ EP asking them for a signed photo. Some six months later one popped through my letterbox, of course, by that time, OPG and SWC, had consciously uncoupled for the time being. What actually popped through my letterbox was a signed print of the cover of ‘Leave Them All Behind’ and for about five years that took pride of place on my bedroom wall, that was there until 1998, when I was about to graduate, my dad phoned me and told me that as I was ‘moving to bloody Devon – he was redecorating my old room and had chucked all my old crap into a box’ which he had then put in the loft. I never saw that print again.