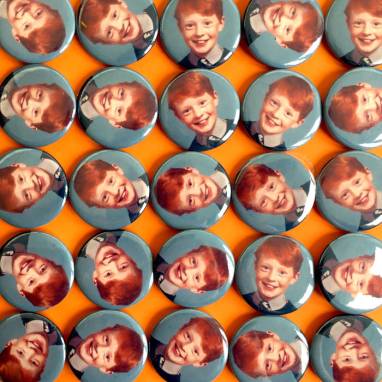 It’s time for Falkirk’s finest to get his solo slot in this series. I’ve written loads about him in the past. He’s long been one of my favourites. Here’s the bio from his own website:-

Malcolm Middleton is a guitarist and songwriter best known for his work with the Scottish alternative rock band Arab Strap. Over the course of 10 years they released 6 studio albums before splitting in 2006. They reformed in 2016 for some 20th anniversary concerts and are currently working on a new album for release in 2020.

Malcolm has continued to write and perform as a solo artist and has released seven albums, most recently “Bananas” in 2018. As well as collaborating with artists such as David Shrigley and Mira Calix, he has composed soundtracks for the films Rogue Farm (2004), Munro (2009) and The Closer We Get (2015).

He also writes and performs under the name Human Don’t Be Angry and released the third album “Guitar Variations” in November 2019.

Here’s one side of a digital single from April 2019. It was recorded during the sessions for Bananas and the two songs feature a couple of talented guests on backing vocals.

If you like it, please feel free to click here and make a purchase, for only £2, of a hi-quality version along with its equally entertaining b-side. You’ll also be able to learn who provided the backing vocals.

Oh, and this post is doubling up as another entry for the stuff I bought in 2019.