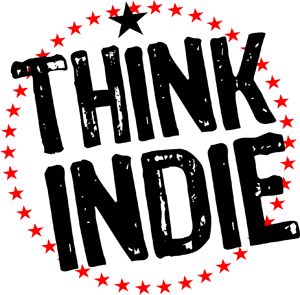 Something new that I’m going to try to do on the 1st day of each month (or as close to the 1st if it falls on a Saturday or Sunday). And that’s bring the songs that were #1 in the UK Indie Charts 30, 20 and 10 years ago to the day. Unless they are pish and only qualified for the Indie charts thanks to a distribution quirk. So here we go with 1 May 1987, 1997 and 2007 respectively.

I’m actually quite pleased about it being these three. The Smiths and Arctic Monkeys are two of the biggest and best known bands who can be thought of as classic indie – i.e. guitar based bands on small, independently owned labels. R Kelly on the other hand shows up how ludicrous the chart was for a good number of years.

Inclusion on the indie chart was always about distribution. Initially, the record needed to be delivered by a distribution service that was independent of the four major record companies: EMI, Sony Music Entertainment, Warner Music Group and Universal Music Group and the genre of music was irrelevant. The major labels however got round this by setting up subsidiary labels and outsourcing the shipping of those singles to smaller distribution services. Thus a single that was part of the soundtrack to a Hollywood film and which had enough clout to pick up 3 Grammy Awards thanks to it being on Atlantic Records in the USA, was eligible to take the #1 slot in a chart that it really shouldn’t have been any part of.

It took until June 2009 to close this loophole when the industry altered the rules so that in addition to distribution criteria a single was only eligible for the Indie Chart is it was on a label that was at least fifty per cent owned by an entity that was not one of the main four record companies.

I’m sure this intended regular feature will throw up some howlers as time moves on, particularly in the 90s and 00s.

Oh and I meant to add that I was astounded that the Arctic Monkeys had a #1 on the chart as long as ten years ago from what was their second LP. I never thought they had been around that long. It’s a belter of a single too.