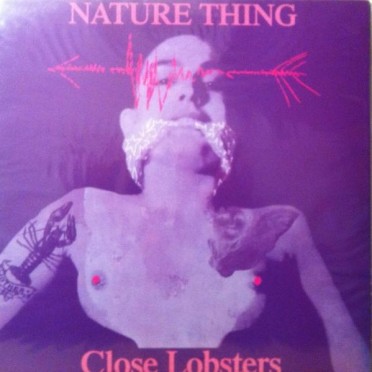 You’ll recall that last Friday saw me recycle a post from the old blog, looking at a handful of covers.  This is a follow-up.  Of sorts……

Close Lobsters, in March 1989, released their fifth single on Fire Records, just prior to their second album.

It may have been less jangly than many of their previous efforts, but there was plenty of evidence that they had an ability to come up with riffs that got stuck in the heads of anyone listening.

The single did betray signs that the writing process for the second album had been difficult in that of the other three tracks on the 12″ (and indeed the CD release), two were cover versions and one was a fresh take on an old favourite, re-recorded as live in the studio:-

Those of you who paid attention to the recent Neil Young ICA will know that Hey Hey.. was originally released in 1979 on Rust Never Sleeps. As these things go, it’s a strange one as it hugely lacks the power of the original but has an energy and pace that’s more in keeping with the jangly-guitar bands emerging in the mid-late 80s. It gets a pass mark from me, but a borderline one.

Paper Thin Hotel dates from 1977. It was written by Leonard Cohen and Phil Spector, and appears on the former’s fifth studio album, Death Of A Ladies’ Man. The original is a slow, rambling track that runs to almost six minutes in length, and it’s not one that I particularly enjoy listening to. Close Lobsters again give it the jingly-jangly treatment, greatly speeding it up so that it takes not too much over three minutes from start to finish. Again, it gets a pass mark from me, another borderline one, but this time for elevating a song which I never thought I would like into something listenable.

Years later, I’d hear another take on Paper Thin Hotel, one which was more faithful to the pace of the original, and as such should have been something I recoiled from in horror. But this is absolutely superb, and as such shows how messed up Cohen and Spector were in the studio back in the 70s…. we can only make an educated guess as to what lay at the heart of their collective problems in identifying what was going wrong with the recording process.

Cathal Coughlan giving it his all……