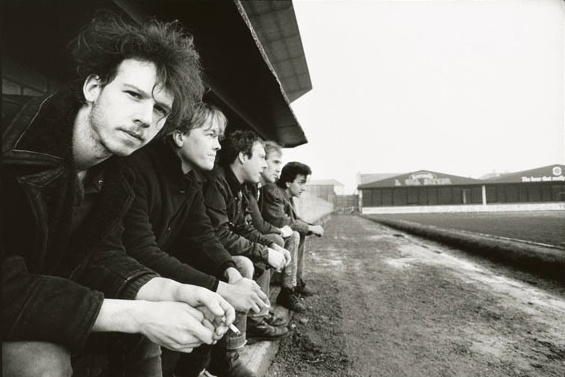 I thought to myself that this Monday morning thing got rather serious and downbeat last week.  Here’s your antidote.

A million housewives every day
Pick up a can of beans and say:
“What an amazing example of synchronisation”

He looked out of the aeroplane
And he saw the Alps way down below
He fixed his gaze on the white terrain
And he could see a portrait in the snow
And he shouted: “Hey look down there, I can see Robert Powell”
That’s an ominous example of the power of TV

Well the Grand Old Duke of York
Well, he had ten thousand men
And he marched them up to the top of the hill
And he had them all again

mp3: Half Man Half Biscuit – Venus In Flares

Loved it then, love it still.