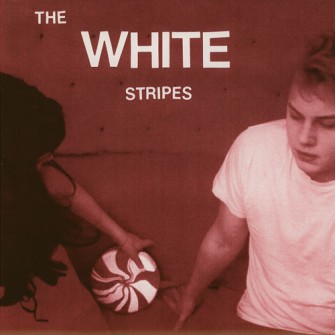 The third release on Italy Records, a relatively new indie-label based in Detroit is by a relatively new indie/garage punk calling themselves The White Stripes.  The duo, consisting of Jack White (vocals/guitar) and Meg White (drums/vocals), are siblings – well that’s their story at this point in time, and they’re sticking to it.

The single has come about as Dave Buick, the founder/owner of Italy Records, sees a great deal of potential in The White Stripes based on watching them perform in various bars in Detroit.  Jack White had been reluctant to do so on the basis of not being able to meet the costs involved, but relented when it became clear that the label would pick up the tab.

The decision is taken to go with an energetic number, a little over two minutes in length:-

A cover version was chosen for the b-side:-

mp3: The White Stripes – Look Me Over Closely

This song had originally been recorded by Marlene Dietrich in 1953.  The composer was Terry Gilkyson, who would later end up at Disney Studios where a number of his subsequent songs would become hugely famous from their use in cartoon films, including the Oscar-nominated Bare Necessities from The Jungle Book in 1968.

Only 1,000 copies of Let’s Shake Hands/Look Over Me Closely were pressed, on 7″ red vinyl.  As you can imagine, it’s incredibly difficult to get a hold of, with copies fetching several hundred pounds on the second-hand market.  There was a second pressing in 2002, just after The White Stripes had become internationally famous, which is more readily available and affordable, despite again having a limited run of just 1,000 copies, followed by a third pressing in 2008, again with a limited number. (And no, I don’t have a copy of any of the pressings….the mp3s were villaniously acquired…..)

The White Stripes would record a second single, Lafayette Blues, for Italy Records thatwhich was released in October 1998 before they moved to the long-established Sympathy for the Record Industry label, based in California. Over a three-year period, there would be three albums and a number of singles, and enjoying the commercial breakthrough in White Blood Cells in 2001.

I think it’s fair to say that The White Stripes debut single demonstrates clearly the sort of sounds that would propel them to superstardom and widespread acclaim.

3 thoughts on “IT REALLY WAS A CRACKING DEBUT SINGLE (55)”