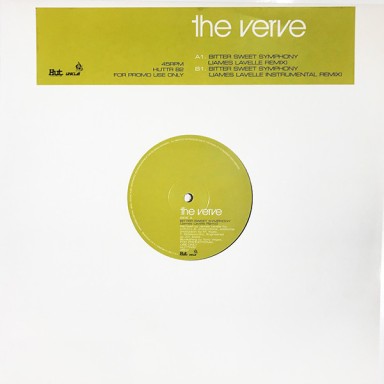 Welcome to the Saturday night before my 22nd birthday. I have been to Camden Town, which at the time (1997) is Britpop central. In one night I have met three different blokes who all claim to be in Menswear (usually said to young girls in an attempt to impress them), one who claims to be the singer in long-forgotten indie-poppers Rialto (and to be fair he could have been) and another one who said he was ‘in Supergrass’ (he definitely wasn’t). I’ve also genuinely just spilled half a pint of lager onto the shoes of a lad who is definitely in the band Symposium. I know this because I have been drinking with Symposium all afternoon. I wonder what happened to Symposium?

(Well, to answer my own question, one of them is ‘sort of’ in Hot Chip, two of them are/were in Hell for Heroes and I’m unsure about the other two)

I am it has to be said, struggling to walk in a straight line, and I might have just tried to steal one of those boxes that contain copies of the Evening Standard from outside the Tube Station. It’s only half-past ten but Mrs SWC, who is nearly sober, despite drinking twice as much as me, has reminded me that we need to get back to Waterloo for half eleven. Sadly for Mrs SWC, I am demanding food and I am demanding that we enter Mehmet’s Mamaris Grill, which I am declaring to be, “the greatest restaurant in London” to get said food. It also appears that I have forgotten that I am a vegetarian because I have just ordered the world’s largest portion of sausage and chips. Mrs SWC calmly orders the veggie option and we will swap later in the tube station.

With one minute to spare we make it to the train which will take us back to the suburbs, and we flop into some seats as the train trundles away in the south London darkness. Just outside Deptford train station, the train comes to a shuddering and somewhat dramatic stop. I’m still quite drunk, and for a second I think I have fallen off the seat, I’ve certainly been half asleep. A guard comes running through the train and a few people (mostly drunk people) start to look a bit concerned. Mrs SWC, kicks me and tells me to ‘go and take a look’. Me being still quite drunk, decide that this is a great idea.

It turns out the train is on fire.

Something, which, fuelled by alcohol, I find hilarious and can barely stop laughing as I deliver the news to about fifteen people in the carriage. I’m not sure people believe me, despite my convincing delivery. That is until we see five young kids running for dear life down the handily placed ramp that leads to Deptford Train Station, chased by a couple of older guys.

Then the guard appears and tells us to get off the train, as its ‘ablaze’ not on fire.

He tells us to move quickly to the end carriage and go onto the platform, I immediately go the wrong way – and the guard looks at me as if I am simple and says ‘no the other end, son’. Mrs SWC sighs and grabs my hand; we make it home eventually in a shared cab which is playing reggae music so loudly that it makes my teeth rattle. This I am told is because I kept telling the driver to ‘turn up the bass.

All of which riddim and ting brings us to Britpop’s finest moment and a wonderful piece of vinyl from Badger’s Box.

The James Lavelle Mix of ‘Bittersweet Symphony’ is a bleeding masterpiece. It first circulated I think, on the original 12” of the single (which came out on my 22nd birthday, hence why I am talking about the events two days prior to my 22nd birthday), but I have never seen a copy of the 12″ so can’t confirm that.

It definitely featured on the CD single of the next single ‘The Drugs Don’t Work’, as I remember playing the mix before I’d played the lead track.

Badger’s version, however, is another promo. Honestly, I don’t know where he got all these from. It is a beautiful thing. A plain white sleeve, with a lime green sticker, on the top of it, which tells us what it is. The mix is fairly laid back, stretching out the sampled string section and replacing most of the guitars with thick old beats. James Lavelle has unsurprisingly made this look, sound, and feel, like an UNKLE record, and I think I love this more than the original.