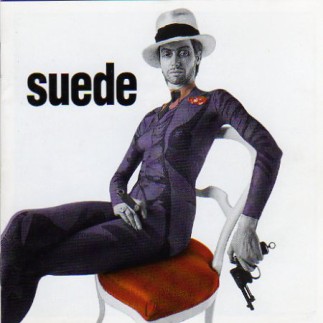 The debut single by Suede was released in May 1992. It has long been viewed as one of their very best but, contrary to popular belief, it was something of a flop in commercial terms, barely scraping into the Top 50.

There have been lots of things written about The Drowners, some of which make more sense than others. I’m surely not alone in wondering what the hell the NME was on about when, having listed the song at #104 in its ‘Greatest of All Time’, said. “Brett and co sashayed onto the scene with this swooner and soon turned indie an androgynous shade of jaundiced yellow”

Most of what has been written over the past 25 years has concentrated on the lyrics, with praise for Brett Anderson’s daring in penning a debut single that was charged with homoeroticism, with the protagonist singing of being kissed in rooms while popular tunes play in the background (maybe listening to a specially compiled mixtape?) while simultaneously enjoying having his spine caressed, manfully resisting, initially, to what is being asked for – ‘stop taking me over’ but by the end accepting the inevitable and enjoying it – ‘you’re taking me over’ which is repeated endlessly as the song fades out.

I’ve long been someone who places a high level of importance and/or significance of lyrics in terms of them being able to transform a good song into a great song, but back in 1994 I didn’t pay much attention to what Brett was singing. For me, it was all about the tune which sparked off all sorts of long-locked memories of growing up in the early-mid 70s listening to fast-paced and catchy glam-rock tunes dominate the singles charts. It took the best of the music from that era but sprinkled it with indie-knowing that harked back to the mid-80s and added a little bit of special flavouring with a nod to the slightly heavier sound of such as The Pixies.

Suede turned out to be one of the bands lassoed into the Britpop genre. Britpop itself is largely defined by the anthemic nature of the songs from the era. And while there can be no denying that The Drowners is an incredibly anthemic number, anyone suggesting it is classic Britpop ought to be taken outside, stripped naked, tarred and feathered and tied to a chair while forcefully made to listen to Cast. They will soon realise there’s a big difference.

The thing is, this debut single came with two remarkable b-sides, containing songs that almost none of the other newly emerging band of the era would ever be capable of writing and recording.

I made reference in a previous posting, in March 2016, to the quality of the first five Suede singles at which my dear friend Jacques left behind a comment that I can only echo, richly:-

“As a whole, The Drowners is one of my favourite singles ever.”

Anyone care to interpret the NME and its reference to it turning indie an androgynous shade of jaundiced yellow?

4 thoughts on “IT REALLY WAS A CRACKING DEBUT SINGLE (33)”