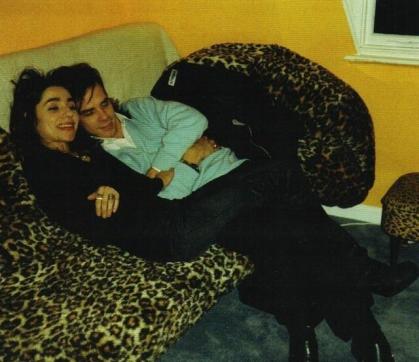 “Young Hunting” is a traditional folk song that has its origin in Scotland. It can be traced back as far as the 18th century, being the tale of the eponymous protagonist, Young Hunting, who tells a woman, who may have borne him a child, that he is in love with another, more beautiful woman. Despite this, she persuades him to drink until he is drunk, then to come to her bedroom, or at least kiss her farewell. The woman then stabs him to death.

The tormented murderer then throws the body in the river but in doing so is taunted by a bird. She tries to lure the bird down from the tree but it tells her that she will kill it if it comes within reach. When the search for Young Hunting starts, she either denies seeing him or claims that he left earlier, but when Hunting’s remains are found, in order to revoke her guilt, she reveals that she murdered him and is later burned at the stake.

Like most traditional songs, numerous variants of the song exist worldwide, notably under the title of “Henry Lee” and “Love Henry” in the United States.

Nick Cave decided that he’d like to record a version of Henry Lee for inclusion as part of the Bad Seeds‘ ambitious 1996 album Murder Ballads, being a work (almost) entirely devoted to asongs of violent death, most often in tragic circumstances. He recorded a vocal in Australia and brought on board PJ Harvey who recorded her vocal separately in England.

The results were astonishing and led to Mute Records demanding it be released as a single, for which this promo was shot:-

The couple, having met, embarked on a short relationship (seemingly just four months in length), the aftermath of which led to Cave composing a number of break-up songs that would appear on his next album The Boatman’s Call – it should be noted, however, that most of the album’s material, including the haunting Into My Arms, deals with the six-year marriage he had enjoyed with Brazilian journalist Viviane Carneiro.