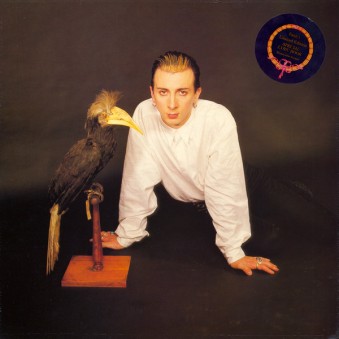 The second solo album was released in September 1985, less than a year after the debut, and indication that Marc Almond was enjoying a particularly bountiful period of creativity. Once again, it was attributed to Marc Almond and The Willing Sinners and contained three singles, one of which pre-dated the album release.

The lead-off single carried the same name as the album, which in itself was a signal from all concerned that they felt it was the strongest of the new material. It reached #23 in the UK singles chart which was the first time Marc had enjoyed a Top 30 hit since his time with Soft Cell.

One review of the LP was effusive about the tracks chosen as 45s:-

“The troika of brilliant singles from the album’s first half makes the album a keeper alone: the tender title track (written about a young friend of Almond’s who OD’ed), a sassy remake of Mel Tormé’s “The House Is Haunted,” and “Love Letter,” where electronics resurface to a degree not seen since Soft Cell’s collapse.”

The House is Haunted by the Echo of Your Last Goodbye dates from 1934, written by Billy Rose and Basil Adlam. A bit of digging around t-internet reveals that it was first recorded by Paul Whiteman, the leader of one of the most popular dance bands in the United States during the 1920s and 30s, with vocals from cabaret star, Ramona Davies. The best known version was probably that by Mel Tormé who included it as one of the songs on his Tormé LP, released in 1958.