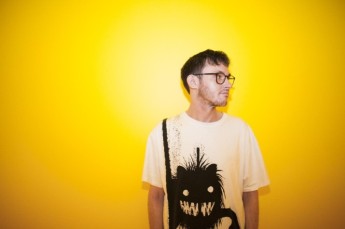 Other than the fact it is alphabetical, nobody can ever accuse this series of being predictable. Last week it was the near 60-year old Horse Macdonald (not her real name) while this week it is 32-year old Hudson Mohawke (not his real name).

And just like last week, I only have one track in the collection, this time courtesy of a download a couple of years back when he was shortlisted for Scottish Album of the Year (SAY) award in 2016.

Ross Matthew Birchard (born 11 February 1986), better known by the stage name Hudson Mohawke, is a producer, DJ, and composer from Glasgow, Scotland. A founding member of the UK label collective LuckyMe, he signed to Warp Records and released his debut album Butter in 2009. In 2011, he formed the duo TNGHT with Canadian producer Lunice and released their debut EP the following year.

In 2012, he began a series of collaborations with Kanye West, resulting in production credits on the GOOD Music label album Cruel Summer. On 17 January 2013, it was announced that Mohawke had officially signed with GOOD Music as a producer, whilst remaining with Warp and LuckyMe as a recording artist. TNGHT announced their hiatus on 27 December 2013.

Mohawke co-produced two tracks on West’s 2013 album Yeezus (“I Am a God” and “Blood on the Leaves”) and contributed to West’s 2016 follow-up The Life of Pablo, in addition to working with various other hip hop and pop artists, including Drake, Pusha T, and Future. In 2015, he released his second studio album, Lantern (which was the work nominated for the SAY Award). Also in 2016, he collaborated with singer Anohni on her 2016 album Hopelessness, and created the original soundtrack for the video game Watch Dogs 2.

He’s been a busy young man right enough, and according to those who know about these things, he’s always been re-defining his musical style with one critic saying in 2015 “in the six years since debut full-length, Butter, Hudson Mohawke’s music has gone from a glitch-y, turntablist jitter to a euphoric, multicolored trap-hop pound and everywhere in between.”