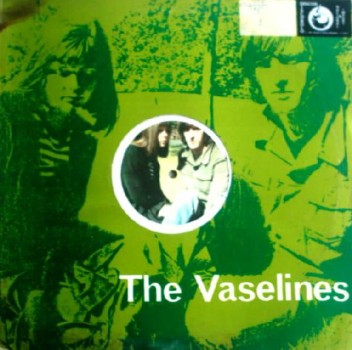 The Vaselines are one of the best examples you can find of a band becoming more famous and influential long after they had called it a day.

Eugene Kelly and Frances McKee were romantically entwined when they formed the band in 1986. As they have said on a number of occasions, they knew they weren’t terrifically competent from a technical point of view, but they set out with the intention of the sort of music they enjoyed listening to, heavily influenced by the 60s duets of Lee Hazelwood and Nancy Sinatra, and the likes of The Velvet Underground, Orange Juice and The Jesus and Mary Chain who had all used grit and determination to get things going rather than worry about how perfect their sound was.

They released two EPs on a Glasgow-based independent label which was run and managed by a number of their friends, including Stephen Pastel, as well as recording an album which initially had to be shelved as the label had gone bust, albeit it was later picked up and released on Rough Trade. By the time the album was released in 1989, the band was no more – thoroughly disillusioned by the experience of crap venues, no money, no solid fan base and no media support for what they were doing. Little did they, or indeed anyone know, that their songs had come to the attention of a singer/songwriter from the north-west corner of the States who was determined that the band he fronted would pay homage by covering them when they played live.

Kurt Cobain’s love for The Vaselines brought them to a whole new audience, and more importantly, had critics reassessing things to the extent that a number of them in the UK would claim to have championed them from the outset. Eugene and Frances had become hip names to drop into any conversation….

The EPs and album had sold in such small numbers that they were tough to track down and so Sub Pop chose to reissue their entire 19-song back catalogue in 1992 on a compilation entitled The Way of The Vaselines at the same time as a Edinburgh based indie label issued something similar in the shape of All The Stuff and More, which is the piece of vinyl that I have in the collection.

The three songs that made up the debut EP encapsulate everything that made the band so different from their late 80s peers while also demonstrating how it was difficult for anyone to find a single reference point with which to compare them:-

The irony, of course, is that the lead track has aged magnificently, sounding really fresh and invigorating more than 30 years on, one which has no problem in filling the floor of your average indie/alt disco with even the young ones appreciating its charms.

The other original track is hilarious and shambolic in equal measures….it could be argued that it’s about someone looking forward to climbing aboard a fine looking horse and galloping around some freshly mown fields first thing in the morning…..but that argument holds no truck in Villain Towers. I really don’t know how these real life lovers were to keep straight faces when they sang this one in concert……

The final track demonstrates that the making indie music doesn’t necessarily mean leaving your wicked sense of humour and fun at the door of the studio. Where Orange Juice had often paid tribute to the late 70s/early 80s disco sound, so their descendants tipped their hats to Hi-NRG with a bizarre take on a hit single by the drag queen Divine (which, incidentally , was the first ever success for the production team of Stock, Aitken and Waterman).

The a-side of these may well be aired at some point during Simply Thrilled….if not the inaugural night, then I’m certainly going to have it on a playlist in next time around.