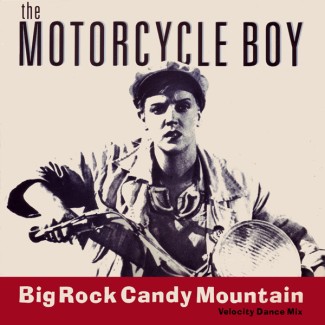 With apologies to anyone expecting a posting on Burl Ives…..

The Shop Assistants were one of the most highly regarded indie groups to emerge out of Scotland in the early-mid 80s with much of the interest centering around the vocal talents of Alex Taylor. She quit the band in 1987, going on to form The Motorcycle Boy in whom Rough Trade declared an immediate interest with this resultant single issued to great acclaim:-

The hype around the band led to a bit of a bidding war which was won by Chrysalis Records. But in the ensuing two-year period in which new material had been recorded and two singles released in 1989, the world of indie-music had changed somewhat and The Motorcycle Boy were considered old-hat. Leather jackets, tight jeans and buzzing guitars were no longer de rigueur.

The planned debut LP was shelved and the band were released from their contract. One more 45 was issued via an indie label in 1990 before they threw in the towel. A real shame, as the singles are all more than decent, albeit I don’t think they bettered the debut.