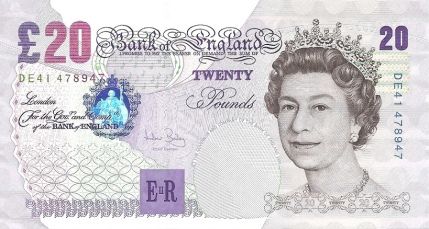 “You are lucky” SWC tells me in the pub as he gives me this weeks CD. “I took my daughter to the zoo the other day and we picked the CD from the Hospicare music shop on the way back”. I didn’t know how this made me lucky so I took a deep breath and asked “Why does that make me lucky?” At this point I haven’t opened the bag, there is a pint of Otter Bright sitting in front of me and that is far more important.

“Well, I gave her three choices, three debut album choices handpicked by me. The first CD was a remastered version of the debut longplayer by Rod Stewart ‘An Old Raincoat Won’t Let You Down’, which features such timeless Rod classics such as ‘Street Fighting Man (not his), Handbags and Gladrags (erm, not his) and ‘Dirty Old Town’ (erm again…)’ . The second was the debut album ‘Much Love’ by long forgotten soul princess Shola Ama – who I have also confused with ex Newcastle show pony Shola Amoebi – both are a bit shit to be honest, its easily done. She had her biggest hit with a cover version of the Turkey Richards staple ‘You Might Need Somebody’ “– he is trying to funny he means Turley Richards obviously.

I take a huge gulp of the Otter and glance at the bag in front of me. I’m hoping that its not Shola Ama – not only for the sake of my ears but for the sake of your ears too. SWC has been looking to up the ante since I let Mrs Badger buy last weeks CD, although she let him off the hook lightly because after she had given him Simon & Garfunkel she revealed to me later that night she nearly bought him his very own copy of ‘Picture Book’ by Simply Red – and was going to annoy him even more by putting it inside a copy of ‘Showbiz’ by Muse. SWC knows Muse quite well or rather his wife does – Mrs SWC went to school with at least two of them and one of their wives and last year they went to a birthday party at a huge castle on Dartmoor that the band had hired for the night. Weirdly he doesn’t really enjoy their music as much as I do. When Muse played a homecoming gig at Teignmouth a few years back, SWC was the most miserable person to have a backstage pass. I have a photo of him chatting to celebrity fat bloke Chris Moyles – or rather Moyles is doing the talking, SWC is doing the ‘Get the fuck away from me look’. To perfection. SWC denied even knowing who he was.

“So what was the third debut album?” I ask him, hoping its not ‘The Party Album’ by the Vengaboys.

“This is why you were lucky. At the zoo we sat in the garden and had a small picnic. Whilst we were there my bag got shat on. By a peacock.”

I get a strange look from the bloke across the pub as I have just sprayed what’s left of my otter over the table – you know when you laugh and drink at the same time and what you were drinking comes out your nose. Well that happened. I recover myself just as SWC is picking up the bag.

Turns out it was a bag his wife bought him for his last birthday. I call it his man bag. Anyway…

“So in my hand I had the debut album by Starsailor….

He handed me the CD. “And said look Daddy ‘Bloody Sodding Peacock’ and it had to be that”. He smiled and laughed. I laughed too as its good to hear that Toddler SWC has as good a grasp of English swearing as her daddy.

Its ‘Expecting to Fly” by The Bluetones. An album which has a peacock spreading its wings on the cover and it’s a rather wonderful choice. Again this was an album that I have heard and have probably owned a copy of on cassette – I certainly recognised all the tracks – but have never actually owned properly.

And perhaps best of the bunch

mp3 : The Bluetones – Putting Out Fires

Here is the skinny

Beats Rod Stewart any day of the week. Just.